The Council for the Advancement of the South African Constitution (CASAC) is deeply concerned that Mr Solly Tshitangano, the former Acting Chief Financial Officer in the Limpopo Department of Education, was dismissed in December last year despite playing such a valiant role in exposing evidence of corruption and maIadministration in that Department.

We believe that Mr Tshitnagano has been victimised for his role as a whistle-blower with regard to the irregular awarding of the tender for the supply and delivery of school textbooks. ln the on-going fight against corruption we should be lauding such loyal public servants as Mr Tshitangano and honouring their commitment to efficient government. lnstead Mr Tshitangano has had to resort to the Labour Court to seek to have his contract of employment reinstated’

lronically, in defending the claim by EduSolutions for the reversal of your Departments decision to revoke the tender, your Department has made use of the information made available by Mr Tshitangano. You therefore implicitly acknowledge the important role he has played in highlighting the irregularities that led to the tragic delay in delivering textbooks to learners in Limpopo province this year.

As part of its Red Card Corruption campaign, CASAC has emphasised the importance of protecting whistle-blowers, and we have indeed called for greater protection for these individuals. We therefore call on you to take all necessary measures to ensure that Mr
Tshitangano is expeditiously reinstated.

Laws such as the Prevention and Combating of Corrupt Activities Act 12 of 2OO4 (PACCA) and the Financial lntelligence Centre Act 38 of 2001 place a responsibility on citizens to report corrupt and other unlawful conduct of individuals and organisations. lt is surely incumbent on your Department to encourage and foster a culture of whistle-blowing so as to rid ourselves ofthe plight of corruption and maladministration that hampers government efficiency. By reinstating Mr Tshitangano you will be demonstrating that Government acknowledges the important role played by whistle-blowers, and is committed to protecting them and punishing the beneficiaries of corrupt practices.

18 December 2019 PRESS STATEMENT FOR IMMEDIATE RELEASE   SECTION27 welcomes the judgment of the Supreme Court of Appeal (SCA) in the case of Komape v Minister of Basic Education. The SCA judgment overturns a decision of Polokwane High Court in 2018 that dismissed a substantial part of the Komape family’s…

JOHANNESBURG – The Limpopo High Court has set a trial date in a case brought by the family of the late Michael Komape after the five-year-old fell into his school’s pit toilet and died. The trial will take place in Polokwane from 13 November to 1 December before Deputy Judge President Fikile Mokgohloa. 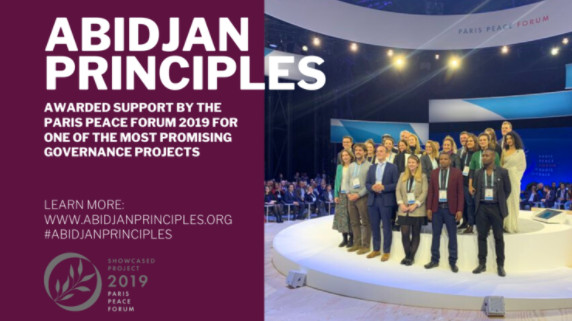