PRETORIA – Marching in support of government-proposed patent law reforms, Doctors Without Borders (MSF), the Treatment Action Campaign (TAC), and SECTION27 today handed their submission commenting on the Draft National Policy on Intellectual Property, 2013 to the Department of Trade and Industry (DTI).

“This policy is not just about legal technicalities. It will directly affect the health and lives of many millions of people. By fixing the patent laws, South Africa can  lower prices of existing medicines, and also create incentives for the development of new and improved treatments to tackle the diseases people live with every day,” says Andrew Mosane, TAC Provincial Secretary in Gauteng.

The joint MSF-TAC-SECTION27 submission notes that South Africa pays artificially inflated prices for medicines because it blindly hands out patents, without examining applications to see if they meet criteria defined in the country’s Patents Act.  This allows pharmaceutical companies to get multiple patents on the same medicine by making small changes, even when such changes have no benefit for patients. This can block more affordable generic competitors from bringing products to market beyond the 20 years required by international trade agreements.

“In South Africa, competition is not as robust as it is in many other countries.  As a result, we don’t have more affordable generic versions of oral contraceptives, medicines to treat bi-polar disorder, cancer medicines and other vital drugs that are available elsewhere. When desperately needed drugs are too expensive, people pay both from their wallets and with their lives,” Julia Hill, MSF Access Campaign Officer, explains.

MSF, TAC and SECTION27 are pleased that in the draft policy, the DTI also called for rigorous criteria for granting a patent, and recognised the need for a patent examination system, alongside procedures that allow for opposition to frivolous patents.

“Complementary systems like these will reduce abuse of the system by pharmaceutical companies, and help to increase access to medicines. However, the policy requires more detail about the practicalities of implementing these reforms,” Umunyana Rugege of SECTION27 says. “The DTI’s policy must also be more specific about how it will overcome legitimate patent barriers when pharmaceutical companies charge exorbitant prices.”

The cumbersome process for using legal flexibilities such as compulsory licensing has never been applied to gain access to more affordable versions of these drugs. Consequently, medical aid schemes opt to exclude expensive treatments for breast cancer or leukemia from their prescribed minimum benefits, as paying for these drugs would hike up premiums for all members.

The public sector is also unable to purchase some patented drugs like linezolid for the treatment of drug-resistant tuberculosis (DR-TB) because one pill in South Africa costs R676 – even though far more affordable generic versions are available from India.

South Africa’s current patent laws offer little incentive for companies to research and develop new or improved treatments. Phumeza Tisile from Khayelitsha knows this all too well. Recently she was cured of extreme drug-resistant tuberculosis (XDR-TB), in part because MSF was able to provide her with linezolid in a treatment pilot project.

“I had to take thousands of pills, for more than two years, and I was lucky enough to be cured,”she says. “Many people do not survive TB, and I saw friends die because the treatment was not good enough. I became permanently deaf as a side effect of one of the drugs. South Africa needs to do more to make sure new drugs and new regimens are available to fight TB more effectively.”

Phumeza echoed the demands contained in the MSF-TAC-SECTION27 submission to the DTI that its revised policy include a broad research exception and new approaches to research and development that will better meet the health needs of South Africans.

“Today if you are trying to test new combinations of patented drugs to treat HIV or TB, you have to negotiate with the rights holder, just to conduct research in South Africa,” says Julia Hill, MSF’s Access Officer. “This is impractical, and delays the development of better treatments for neglected groups, like children with HIV, who are not considered a profitable enough market for big pharmaceutical companies.”

South Africa is not alone in the process of undertaking patent law reform to improve access to medicines. Its BRICS partners, such as India, as well as Argentina have already implemented a number of reforms similar to those proposed by the South African DTI.

In Brazil a patent law reform bill currently before parliament has received widespread support, in a similar fashion to global backing for South African reforms. Over 100 organisations and experts have signed on to an open letter to the DTI in the past week alone – supporting the changes called for by MSF, TAC, and SECTION27.

“We have waited too long for the system to change so that life-saving medicines can be made available and affordable,” says Mosane. “The South African public and the world are calling for it—the DTI’s proposed reforms cannot be implemented soon enough.” 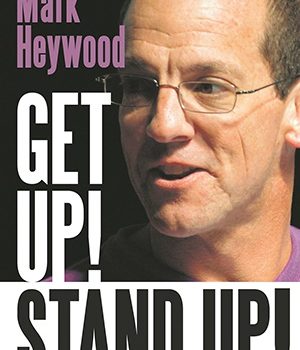 On the 26th of July at the International AIDS conference, hosted in the Netherlands, SECTION27 and the Treatment action campaign (TAC)  launched a new publication documenting the history of the access to medicines movement in South Africa.

SECTION27 seeks a self-motivated attorney with excellent legal and research skills to work in the organisation’s Legal Services and Litigation Department. SECTION27’s legal work focuses primarily on access to healthcare services; improved access to basic education and nutrition; and the reform and regulation of health systems in the public and private spheres.