LEFT IN THE DARK: Education system is NOT effective for visually impaired learners

Blind and partially sighted learners are failed by the education system – not accessing the tools they need such as braille textbooks, trained teachers and many other unique, but critical support measures. The failure by government to meet their constitutional obligations is condemning children, who all have the ability to be productive members of society, to a life of dependence and unnecessary suffering.

These are the findings of an investigation by SECTION27 into all of the 22 public special schools for the visually impaired in South Africa.

The report produced in collaboration with the South African National Council for the Blind (SANCB), the South Africa Braille Authority (SABA) and Blind SA was unveiled in Cape Town on Wednesday 18 November 2015.

The team from SECTION27 and its partners led by former Constitutional Court Judge Zak Yacoob who is himself blind called for the Department of Basic Education (DBE) to provide a complete and holistic plan for the turnaround of the education system for visually impaired learners.

In order to compile the report, SECTION27 visited and interviewed principals, teachers and learners at all 22 schools for visually impaired learners in late 2014 and early 2015. Some of the extensive findings include:

In his assessment of White Paper 6, former Constitutional Court Judge, Justice Zak Yacoob said, “The policy does not deal separately and in detail with the unique special essential needs of children who have specific disabilities – needs must be met as prerequisites if the child concerned is to have the smallest chance of making it on this earth.”

Yacoob called for the national Department of Basic Education and each provincial department, at the very least, to have within its inclusive education directorate, a section concerned with the education of children with each disability.

Accessible PDF of ‘Left in the Dark’

We are organisations that campaign for social justice. The success of our work is dependent on respect for the Constitution, especially the Bill of Rights. The right to free expression and freedom of the press and other media are essential components of democracy. That is why they are contained in the Bill of Rights. They are one of the essential means by which all people in South Africa, especially the vulnerable, exploited and poor, can hold government and the powerful private business sector to account.

The Rural Health Advocacy Project, Rural Doctors Association of Southern Africa, SECTION27 and Wits Centre for Rural Health support SAMA’s rejection of the final OSD offer to public sector doctors. By accepting the Government’s OSD offer, collective labour in the Public Service Coordinating Bargaining Council will be contributing to a major setback in Government’s strides to achieve health for all. By offering only marginal increases to medical officers in particular, rural communities are likely to see a further exodus of rural doctors to urban areas, the private sector, and overseas.
Rural patients are disadvantaged in many ways: poverty levels are higher, access to basic services and education is poor, travel to health facilities is costly, facilities are understaffed and waiting times are out of control; now they can expect even fewer doctors to attend to their needs. 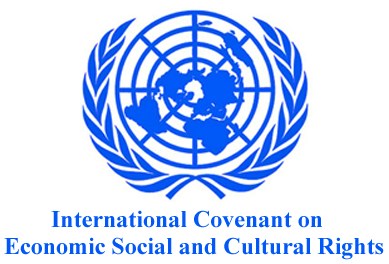