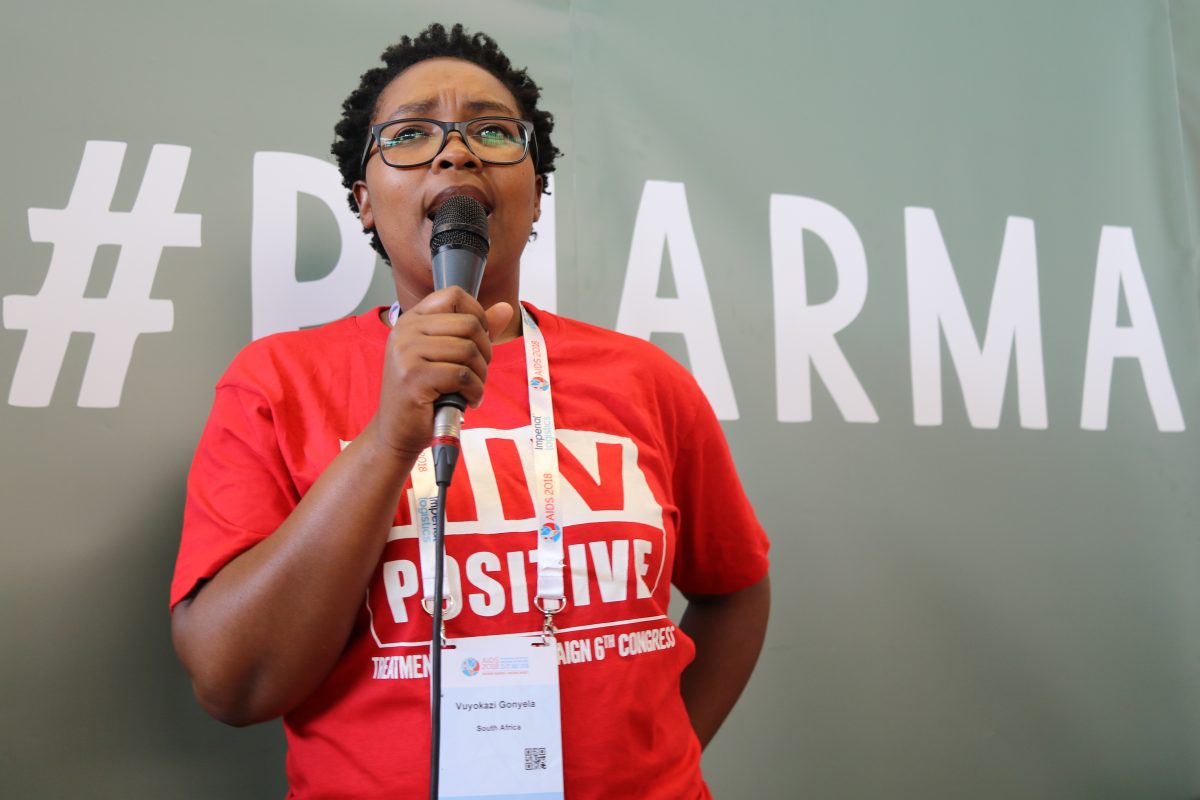 On the 26th of July at the International AIDS conference, hosted in the Netherlands, SECTION27 and the Treatment action campaign (TAC)  launched a new publication documenting the history of the access to medicines movement in South Africa. The publication, entitled Standing Up For Our Lives, provides a sweeping review of the successes, shortcomings and strategies of the treatment access movement over the last twenty years. It is based on interviews conducted with nearly a dozen activists, experts, and policymakers.

More than 50 people from around the world attended the launch event. It provided an opportunity to not only celebrate the accomplishments of the movement, but also to reflect soberly and critically on the work that remains. 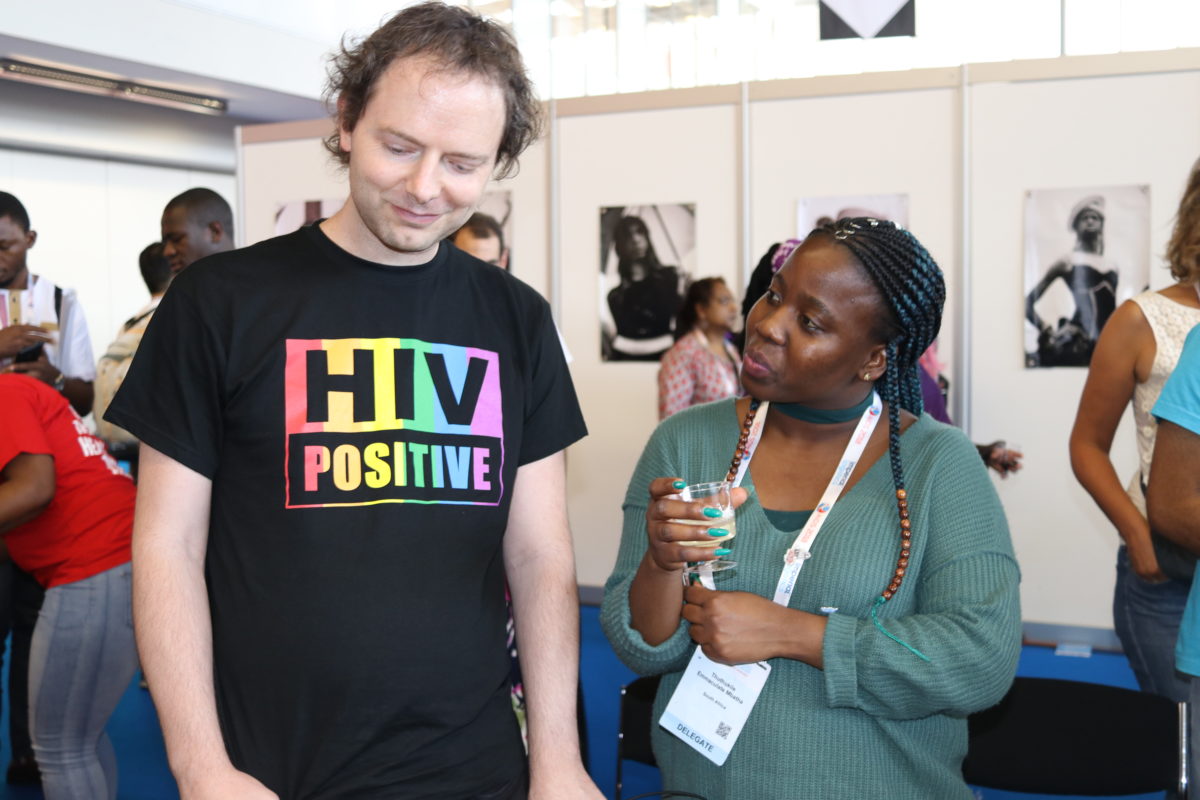 Marcus Low, the former head of policy at TAC and the founder of the Fix the Patent Laws coalition (FTPL), began the discussion by describing the evolution of the struggle for treatment. He noted the important early victories against pharmaceutical companies to slash treatment prices. In 1998, HIV treatment was priced at $10,000 US. The high price of the medicines meant they were out of reach for much of the developing world. Treatment activists from around the world mobilized, Low noted, and helped bring down prices. After a dark entanglement with denialism, South Africa now has the largest HIV treatment program in the world. But the struggle for HIV treatment has not fixed the inherent structural problems in South Africa’s patent laws. “We created Fix the Patent Laws in 2011 to continue the work,” said Low. 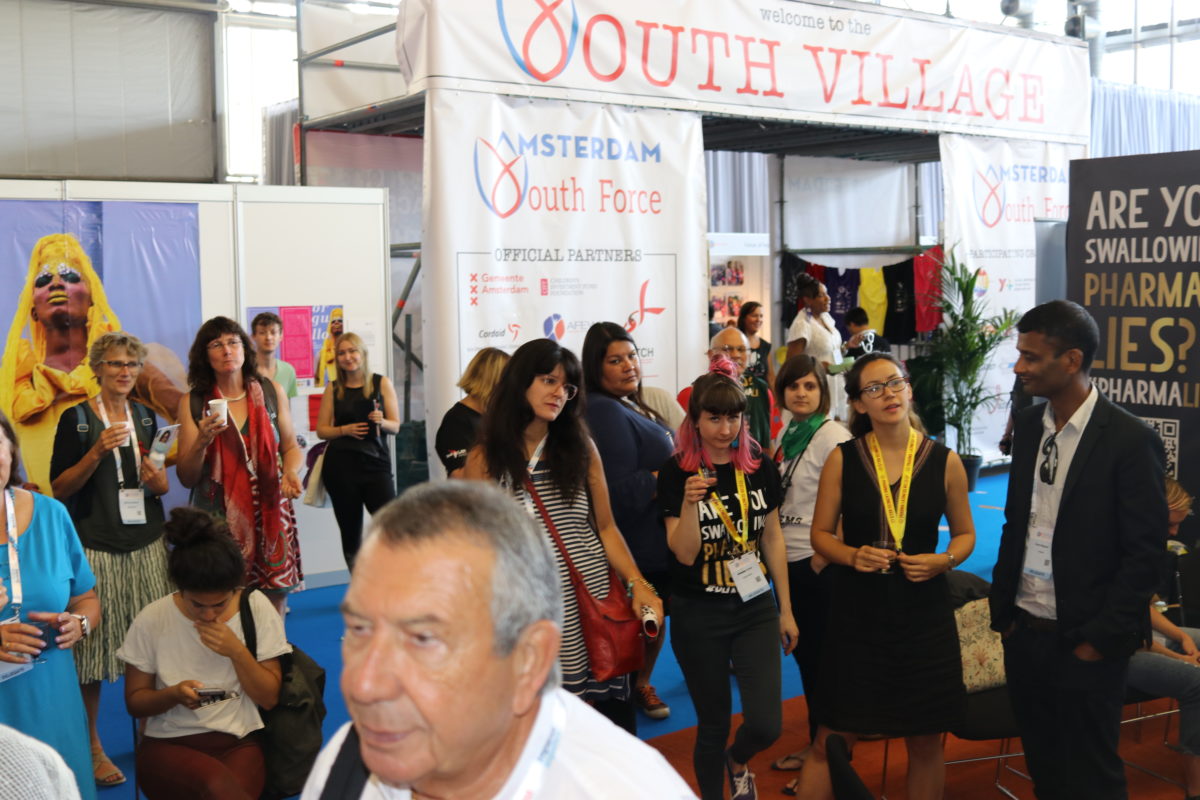 Global medicine activists also reflected on the history. Othoman Mellouk, a leading treatment activist from Morocco, spoke about how the South African model served as an inspiration. “I remember attending a TAC meeting with Zackie and being amazed by teenagers talking about their constitutional rights.” TAC’s treatment and legal literacy inspired Mellouk to better understand the legal frameworks that impacted HIV treatment and access in his own region. Today, as the treatment lead for the International Treatment Preparedness Coalition, Mellouk noted that he looks to the work of the South African movement, now embodied by the FTPL, to see how they have handled challenges he faces. Lorena Di Giano, executive director at Fundación Grupo Efecto Positivo, passionately spoke about how the South African example influenced her own treatment advocacy in Argentina. The success of TAC in mobilizing communities was groundbreaking, she noted, and the images of TAC members filling the streets showed what was possible in the treatment access movement. 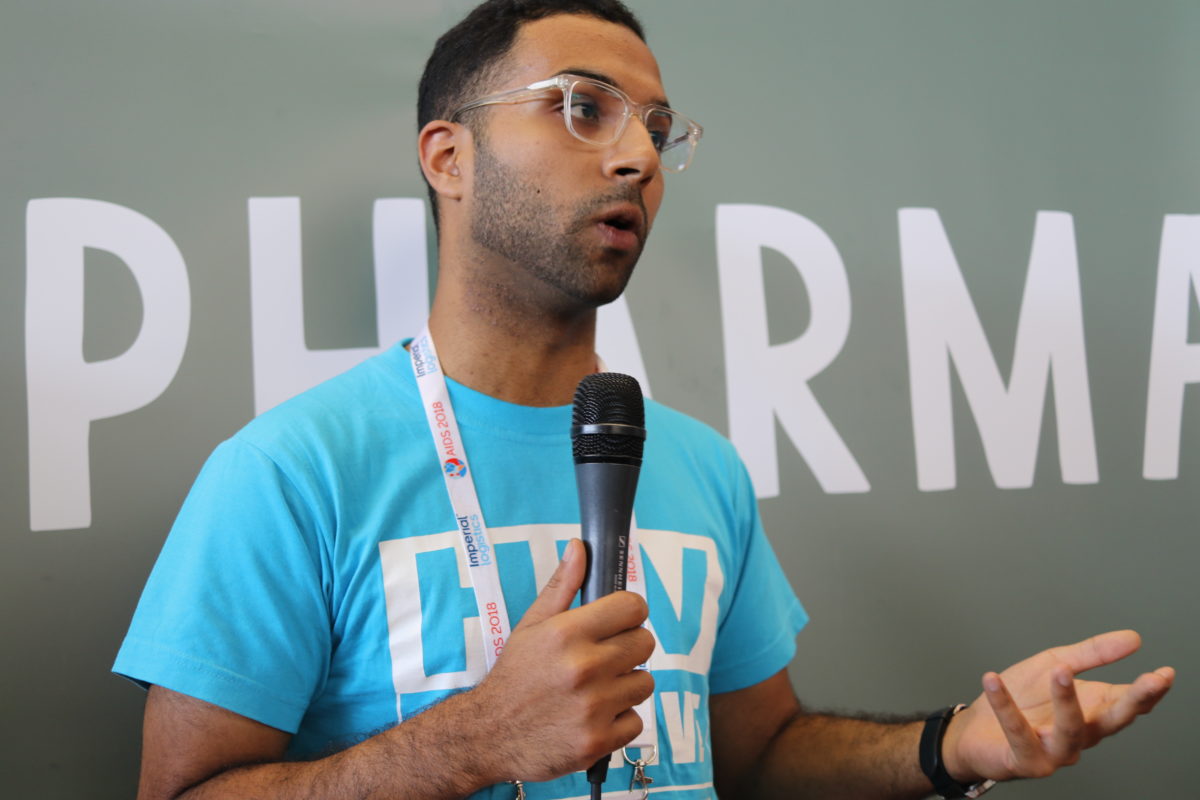 Zain Rizvi, a legal fellow at SECTION27 who contributed to the publication, drew three lessons from the history of the movement for the on-going struggle. He first noted the importance of creative campaigning. The South African movement used all available avenues for advocacy, including the media, the courts, and the streets. Referencing an interview with Dr. Eric Goaemere in which he compared the state of current cancer treatment to HIV in the 1990s, Rizvi also highlighted the need for solidarity across diseases. “Focusing on HIV alone is not enough,” he said. A recent report found that only 7 out of the 24 cancer medicines examined were available in the South African public health system, likely due to the high prices caused by patents.

Rizvi then described the global solidarity that contributed to the early success of the movement—from activists across the world, ranging from Paris to New Delhi. He concluded by asking the room of global activists whether they felt that civil society could replicate the solidarity of the treatment access movement in the early 2000s. “If we can’t, then how do we address this and learn to collaborate better?” he asked. “If we can, why don’t we?”

The publication is available online, and features interview clips, as well as historical records, images, and documentary footage.

The International Trade Union Confederation (ITUC) recently demonstrated its continued support of “MR”, a SECTION27 client who has faced severe discrimination by the State of Qatar (“Qatar”) and Al Jazeera English Online (“Al Jazeera”) on the basis of his HIV status. MR was dismissed from his position as a senior editor at Al Jazeera and detained by and deported from Qatar solely because he is living with HIV. The ITUC recently wrote a letter to Al Jazeera calling for the company to reinstate MR and “play a leading role in working with the Qatari government to eliminate the discriminatory laws that undermine universal access to HIV prevention, treatment, care and support and deepen the stigma attaching to HIV status”.
The letter and a press statement from the ITUC are available by clicking “read more” below. SECTION27 wholly supports these calls and believes that Al Jazeera must use its influence to fight discrimination rather than perpetrate it.

In prison, HIV/AIDS exacerbates existing problems and also creates new ones, yet the potential for far-reaching positive impact remains. Prisons are an intervention opportunity to reach a segment of the population, which is most likely to need government services related to HIV/AIDS and is also least likely to receive them through any other channel. Most people who end up in prison come from marginalised communities with limited access to health, education, and/or other sources of social welfare. For many of these people, their interaction with the criminal justice system will be their most extensive exposure to public services of any kind. Without an appropriate response to HIV/AIDS in prisons, the potential consequences will be increasingly tragic for both prisoners and the communities they represent.

Section 27(2) of the Constitution imposes on the state a positive obligation to take reasonable measures to realise the right of access to health care services for all. By enacting the Medical Schemes Act, 131 of 1998 (the Act), government has created a powerful framework for the effective regulation of the private medical scheme industry.