What is the National School Nutrition Programme?

The National School Nutrition Programme (NSNP) is a national school feeding scheme that feeds over 9 million learners nutritious meals every day at school.

The NSNP is funded by a conditional grant, meaning that the R7 billion budget is especially put aside for the sole purpose of providing school meals.

Targeting schools in socio-economic quintiles one, two and three, the NSNP has been widely celebrated as one of the government’s most effective ‘pro-poor’ interventions for its impressive scope. The NSNP reaches the most vulnerable children in the country.

Learn more about the NSNP, and our urgent court case with Equal Education and the Equal Education Law Centre to ensure that it be resumed for all eligible learners regardless of whether or not they were back at school, in the fact sheet below:

The DBE and provincial education departments have made numerous promises about resuming the NSNP for all learners, but later broke these commitments. These broken promises violate learners’ constitutional rights to basic nutrition, basic education and equality – and contribute to the increased suffering of entire households during this difficult time. In a context of heightened food insecurity amid the Covid-19 pandemic, the NSNP reaches millions of households who need nutritional support now more than ever – government should use the programme effectively to combat hunger and suffering.

“We would have wished also even to provide nutrition for grades that we have not phased in. But I had requested the sector and the MEC[s] to say maybe we need to wait a little. Get ourselves to acclimatise to the new environment, manage that which we are still struggling to get right before we can introduce new programmes…”

Testimonies given under affidavit from learners, caregivers, teachers and school governing bodies demonstrated the extent of the hunger in the absence of the NSNP:

“I had to get a job doing gardening to earn some money to buy food. My sister and I do not have enough food at home. Without the meals from school, I could not concentrate on school work because I was hungry.”

“The government must also think about those learners at home. I feel bad because I am receiving meals at school while my younger sister is still struggling at home. It is not right.”

It is “unfair that some children will be able to benefit and others will not be able to” since “parents are no longer working and need the feeding scheme now more than ever”.

The court order: a victory for 9 million learners!

On 17 July 2020, acting Deputy Judge President Sulet Potterill ruled that Basic Education Minister Angie Motshekga and eight Education MECs neglected  their Constitutional duties by failing to roll out the NSNP to all qualifying learners – whether those learners were back at school or at home.

Judge Potterill ordered the Department of Basic Education (DBE) and provincial education departments to submit plans to show how they would roll out the NSNP to all qualifying learners (over nine million learners) within 10 days of the judgment of the court, and to after that provide the court with updated plans every 15 days.

The judgment confirms that the right to basic education (Section 29(1)(a) of the Constitution) and the child’s right to basic nutrition (Section 28(1)(a) of the Constitution) are interconnected and unqualified rights that are immediately realisable – in other words, that the government cannot delay their duties to ensure that learners’ rights to basic education and basic nutrition are met. This means that the government must provide for these unqualified rights when parents and caregivers are unable to, such as when they cannot afford to. The judgment affirms that nutrition – alongside school infrastructure, textbooks and scholar transport – is a central part of the right to basic education.

We have now, with our partners, begun monitoring the implementation of the NSNP judgment to ensure that the DBE and provincial education departments are in fact complying with the court order and rolling out the NSNP to all eligible learners.

“I am pleased about the news of the judgment that has come through and I know parents and children are also going to be pleased. Hunger is not a good thing especially when children aren’t eating. It’s good that children will now be able to eat. They are grateful, we are grateful.”

Davhula Azwindini Ivone, school governing body Chairperson at Vhulaudzi Secondary School, one of the applicant schools in the case.

Report problems with the NSNP by contacting one of these phone numbers: Education departments slacking on court-ordered reporting on NSNP, while 1.5 million learners are still not receiving meals 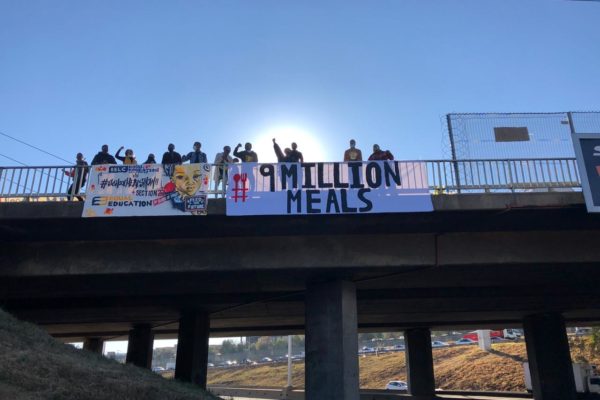 Joint statement: As the rollout of school meals continues to improve, education departments must ensure that learners who are only back in classrooms on certain days, or learners who have permission to stay home, are still able to get food Joint media statement: Education MECs file school nutrition programme rollout plans that are full of holes, as we write to Minister Motshekga to fix hers 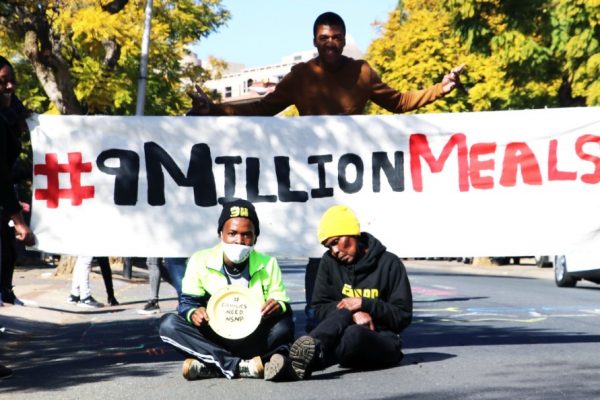 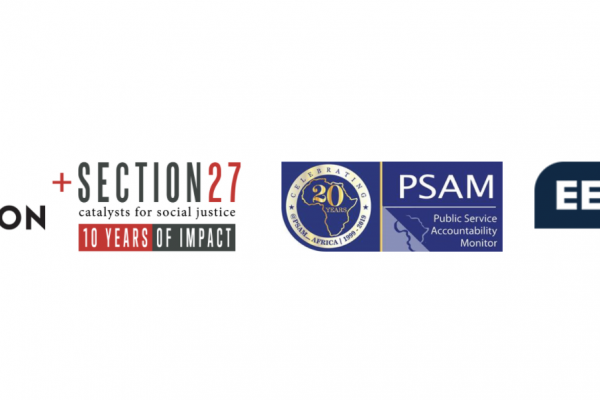 Joint media statement: The Department of Basic Education must present clear and comprehensive plans to the public

13 May 2020.Posted in: Media Statements, Right to Access Basic Education OPEN LETTER TO THE MINISTER OF BASIC EDUCATION: PLANNING IN A TIME OF CRISIS – SCHOOL FEEDING SCHEMES CAN AND MUST CONTINUE Joint media statement: Education activists make submission to Zondo Commission of Inquiry on fraud and corruption in the delivery of education-related services