• More than R1 billion has been allocated through a conditional grant for the National Health Insurance pilot projects and increases in primary health care visits over the next three years;

• An additional R968 million has been allocated to fund antiretroviral treatment. This funding is to accommodate the increase in the CD4 count threshold at which ones becomes eligible for treatment (from 250 to 350 for all users), as well as the general increase in the number of patients requiring treatment in 2012/13;

• More than R426 million, over the medium term, has been allocated for major hospital revitalization

• An additional R450 million has been allocated for the upgrading of nursing colleges; and

• Procurement processes and systems will be reviewed and strengthened.

SECTION27 does, however, remain concerned that government’s commitment to continue increasing funding for health may be undone by mismanagement, corruption, wasteful expenditure and a lack of capacity for implementation. In particular, SECTION27 is concerned that:

• The Minister did not provide any concrete details on the national government’s long-term strategy to resolve the budget crises in provinces such as Limpopo and Gauteng;

• Increases in health infrastructure allocations will go to waste if the Department of Health’s chronic inability to ensure that provinces spend what has been allocated to them is not resolved;

• Increases in allocations for various health priorities will be wasted if weakness in procurement, financial management and oversight are not resolved;

• Increases in allocations for HIV and AIDS programmes will not result in the expected expansion of these programmes unless problems relating to staffing, infrastructure and the payment of service providers are resolved; and

• The Minister did not indicate whether progress has been made in implementing the Money Bills Amendment Procedure and Related Matters Act, 9 of 2009.

A full version of this statement can be found here: SECTION27 Statement on 2012 Budget 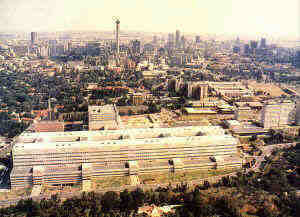 GOVERNMENT URGED NOT TO RUSH THROUGH FOOD SECURITY POLICY 3 March 2015, Johannesburg - South Africa has about 13.8 million individuals that regularly experience inadequate access to food, according to government’s own figures. But the rush to implement a new National Policy on Food and Nutrition Security for South Africa…