On 6th September 2010 the public sector strike was suspended to allow trade unions to consult their members on whether to accept the government’s revised offer on pay and other conditions. We urge the union members to seriously consider this offer as the public health system cannot afford a return to the strike. We are aware that many workers will regard acceptance of the offer as a compromise and that it may not satisfy public sector workers’ demands for a reasonable standard of living or a salary commensurate with the contribution they make to our society. Nonetheless we believe that it should be accepted.

A large part of our reason for urging acceptance of the offer is because the strike has inflicted tremendous damage on individuals and the health system.

We have always believed that the reasons for the strike were fully justifiable. However, the rights of patients to have access to health care services were violated by lack of provision of essential services during this strike. Usually striking is a weapon of the poor against the rich. In this case it was a protest against inequality and poverty wages, but unfortunately the people who suffered the most were the poor. Many people died; many were unable to collect their medicines; many defaulted from TB & ARV treatment. The effect on the HIV treatment programme was and remains extremely serious and will be felt for some time to come.

Will a Minimum Service Level Agreement (MSLA) protect the right of access to health care services?

To minimise future harm to the poor we appeal to COSATU and all unions to vigorously pursue their demand for a minimum service level agreement (MSLA) and ensure this is in place by 31st December 2010 as promised by the proposed agreement on Improvement on Salaries and Other Conditions of Service (2010/2011).

However, because of the short staffing of the public health service, many health workers feel that any industrial action will harm the poor. In the words of one rural doctor:

Due to the freezing of posts (again) and staff shortages I feel that the maximum service we are able to provide without the strike is already a “Minimum Service Level”. By necessity it has had to become lean and mean. There are many things that are acceptable practice that we just cannot manage due to time pressure.

Almost all the chronic patients can and will suffer severe damage if their treatment is interrupted even for a few days. eg. ARV, TB, DM, HPT, Epilepsy, Glaucoma, Asthma, ischaemic heart disease etc. What about the oncology patients? (We already have a 6 month waiting list for radiotherapy.) What about patients that have waited for years for an appointment to have a valve replacement? An ischaemic leg becomes a gangrenous leg if left alone. We have such a backlog of cataract surgery that denying a blind patient the chance to see is cruel even if it is not life-threatening.

This reality is not an argument to support the government’s contention that an MSLA should embrace all health workers thereby taking away every worker’s constitutionally recognised right to strike and pursue fair labour practices. But in our view it merits an investigation as to whether it may be possible to establish an independent alternative dispute resolution mechanism for workers in essential services, in addition to an MSLA, that could limit the need for strike action in future but at the same time ensure justice and fairness for public sector workers.

Although the demands of the strikers related primarily to money, the strike was not just about wages. Public health workers are angry about inequality generally within the health system; about desperate working conditions and very poor management. For over a decade no one has stood side-by-side with health workers to stop the rot, mismanagement and maladministration in the health system. The cluster responsible for human resources in the National Health Department is incompetent, out of touch, unaccountable and lethargic. We appeal to Health Minister Aaron Motsoaledi to demand proper performance and results from this cluster.

Workers feel betrayed and unsupported. Nurses were at the vanguard of striking health workers reflecting the build up of anger at poor working conditions and low wages. It is a fact that almost all nurses work beyond and outside of their scopes of practice. The lack of security, cleaners and porters means that nurses and other health workers usually also have to double up to do administrative tasks. Filling essential posts and integration of community health care workers into the health system will prevent this situation.

In 2005 when the current human resource plan was published, the AIDS Law Project and TAC made a submission that warned that the plan was inadequate, pointing out that it failed to address key issues such as:

Unfortunately these criticisms, which were ignored at the time, have been proved true. In his 2010 budget speech Minister Motsoaledi promised to develop and publish “a revised human resources for health plan by March 2012” and also to ensure provincial human resource plans by this date. This is too late.

We call for this process to be expedited and complete within a year.

Public Service Commission: Conduct an Investigation into staffing and conditions in the public service! Make recommendations to parliament!

It is absolutely essential that government is now compelled to pay attention to the underlying causes of the health crisis: understaffing, poor management and poor facility maintenance.

In this respect we draw attention to section 195 of the Constitution which states that:

This is a legal obligation, not just sentiment.

In the next section of the Constitution the Public Service Commission (PSC) is given responsibility to “investigate, monitor and evaluate the organisation and administration, and the personnel practices, of the public service” and to “propose measures to ensure effective and efficient performance within the public service.”

The PSC is supposed to be accountable to Parliament, but we can find no evidence that it has been fulfilling this aspect of its constitutional duty. Therefore in coming days SECTION27 and TAC will be writing to the PSC to (a) ask what they have done to fulfil this responsibility and (b) to request an urgent but comprehensive investigation into staffing, conditions and the adequacy of budgeting for health services.

SECTION27 and the Life Esidimeni Family Committee welcome the announcement that the National Prosecuting Authority will institute a formal and joint inquest into the deaths of 144 mental health care users who were transferred from the Life Esidimeni facility to unlicensed Non-governmental organisations. Families represented by SECTION27 requested as… 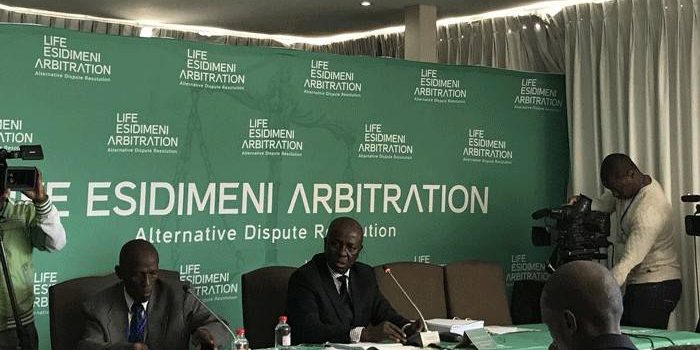 SECTION27 is deeply saddened by widespread and growing civil unrest Johannesburg, 13 July 2021: SECTION27 is a public interest organisation established to promote the rule of law and to address poverty and inequality through the promotion and protection of the rights to health and basic education in our Constitution.  We… 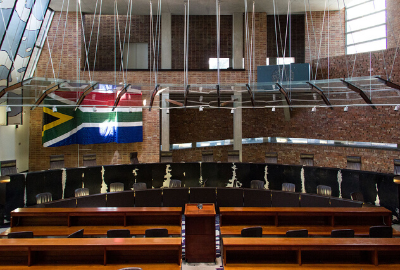