By cindytest, 4 May 2011 Posted in: News, Private Sector Accountability, Right to Access Healthcare

On 3 May 2011, IE was refunded thousands of Rands that he had previously been forced to pay out-of-pocket for an HIV-related surgical procedure that should have been covered under his benefit option with Bonitas Medical Fund (“Bonitas”).  The refund was made only after SECTION27 threatened to litigate against Bonitas on IE’s behalf.

SECTION27 is becoming increasingly aware that despite the monthly premiums paid by members, some medical schemes try to narrow the scope of the benefit options they offer when it comes to processing claims.  This may be done, for example, by mischaracterising claims so that they fall outside benefit options, improperly imposing late joiner penalties and waiting periods, or failing to cover prescribed minimum benefits as required by law.

It was with these concerns in mind that SECTION27 agreed to represent IE against Bonitas.  As a public interest law centre, SECTION27 represents individual clients whose cases – if successful – are likely to have broader public impact.  For IE, the importance of pursuing the matter also extended beyond his own claim.

Background to the surgery

IE was diagnosed with HIV in 1991 and was enrolled onto early clinical trials of antiretroviral (ARV) medicines long before the breakthrough in 1996 that saw HIV being transformed into a chronic manageable condition for those with access to highly active ARV therapy.  In the course of those trials and later treatments, he took a range of different ARV medicines, including some sub-optimal treatment regimens.

As a result of his exposure to various ARV medicines and regimens over an extended period, IE began to develop fatty growths on his back and neck approximately three years ago.  He was diagnosed with ARV-related lipodystrophy, a condition that leads to (amongst other symptoms) fat accumulation around the neck and upper back and fat deposits in other locations in the body.  As a result, he experienced various health problems that affected his daily quality of life and well-being, including extreme headaches, back pain and impaired sleep.

It was at this stage that IE’s physician determined that the lipodystrophy was significantly affecting his health and recommended the surgical removal of accumulated fat around his neck.  However, Bonitas declined IE’s application for the approval of the surgical procedure even though he was entitled to the cover in terms of his benefit option.

A year later, IE experienced an episode of loss of consciousness, which was determined to be related to the lipodystrophy.  His physician again recommended surgery to prevent further serious health problems.  Despite receiving this further medical motivation, Bonitas again denied authorisation for the surgery on the basis that the treatment sought was cosmetic surgery, which is not covered under his benefit option.

Bonitas’s conclusion that this was cosmetic surgery has no foundation whatsoever in Medicine; its refusal to approve the procedure has no basis in law.  In each case all the relevant facts, motivations and medical opinions must be duly considered by the medical scheme at the time of an application for authorisation.  This was not done in this instance.  Following SECTION27’s intervention, Bonitas agreed to authorise the procedure retrospectively and refund IE’s out-of-pocket expenses at the medical scheme rate.

Violation of the rights of medical scheme members

This type of conduct has far-reaching financial implications for members who rely on their membership of medical schemes – often subsidised by employers – and are often not in a position to pay out of pocket for the health care they need.  Out-of-pocket expenditure in such cases could result in severe financial pressures on members and their families – requiring them to cut back on other necessary expenses, take on additional debt, or – as in IE’s case – utilise retirement or other savings.  This is untenable.

In other cases, members may be prevented from accessing necessary health care.  In addition, members who struggle against unresponsive medical scheme bureaucracies often suffer enormous indignity.  And unless they have access to legal services, their rights are seldom vindicated.  In this case, it took the intervention of SECTION27 to ensure that IE did not have to use his retirement savings to access the care he needed.

A call on medical schemes to act lawfully

Medical schemes have an obligation to facilitate access to health care services to which members are entitled.  SECTION27 calls on all schemes to comply fully with the law and their respective rules by ensuring that they refrain from narrowing the scope of the benefit options they offer.  Further, they have an obligation to act procedurally – to consider and evaluate the motivations put before them carefully and methodically.

The CMS is the regulator of all medical schemes in South Africa and is empowered to impose penalties on those medical schemes that contravene the Act.  We call on the CMS to carry out a public education campaign to inform members of their rights in relation to medical schemes and the recourse available to them when, for example, medical schemes deny claims that they have improperly mischaracterised or have contravened the Act in other ways.

This Friday our Executive Director Mark Heywood sets off on the first leg of the grueling Joberg2C mountain bike race. It’s 900 km of off-road riding and Mark will be keeping us updated at every stage in draw attention to the important work we do here at SECTION27 and to help shine a light on the insurmountable hurdles many South Africans face in the attempts to access quality healthcare and basic education. 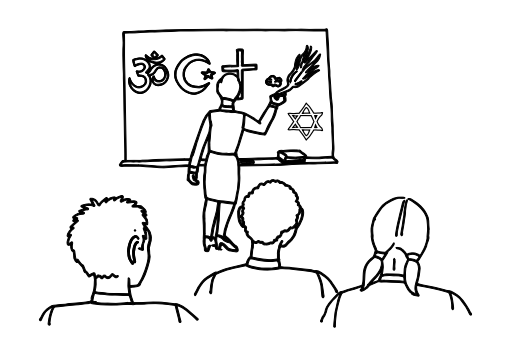