By cindytest, 6 September 2011 Posted in: Good governance and accountability, News

On 20 August 2011, the Judicial Service Commission (JSC) passed a resolution “on the procedure it would follow for the purpose of being consulted by the President of South Africa on the suitability of Justice Mogoeng Mogoeng for appointment as Chief Justice of South Africa”.  In particular, the resolution noted that the JSC would “issue an invitation to the law bodies … and other institutions with an interest in the work of the JSC, to make written submissions”.

SECTION27, Sonke Gender Justice Network (“Sonke”), the Lesbian and Gay Equality Project (“the Equality Project”) and the Treatment Action Campaign (TAC) heeded this call and made a joint submission in light of our shared concerns about Justice Mogoeng’s suitability.  That submission, which was largely based on an analysis of the positions he adopted in five superior court decisions, came to the conclusion that he is not suitable for the position.  That other judgments exist that were not referred to in no way addresses the issues that arise from those we brought to the attention of the JSC.  We stand by our submission.

A majority of the JSC has apparently decided differently.  After a lengthy interview, which was broadcast live on the eNews Channel over two days, the JSC deliberated on Justice Mogoeng’s suitability behind closed doors.  Press reports indicate that a significant majority of JSC members voted – by way of a secret ballot – to advise the President that Justice Mogoeng is suitable for appointment as Chief Justice.  The President has yet to make his final decision.

Why are we speaking out again?

SECTION27, Sonke, the Equality Project and TAC feel compelled to make public our views on how those who participated in the process were unfairly attacked, how Justice Mogoeng’s responses did little to address our concerns and how the JSC failed to discharge its constitutional mandate.  We do so primarily because of our commitment to ensuring that future interviews for judicial appointment – to all superior courts – are conducted in an open and accountable process.  While important, live broadcasting alone cannot guarantee that this happens.

Our submission, whilst robust, was entirely based on a detailed analysis of Justice Mogoeng’s public record as a judge.  Yet it was characterised by a number of senior JSC members – and the judge himself – as part of a “vicious campaign”.  In his closing remarks, Justice Mogoeng referred to us as “well-resourced pressure groups”, implying that we were merely doing the political work of other more sinister organisations with a hidden agenda.

Yet our submission simply considered a number of judgments in the limited time available to us; the conclusions reached were almost exclusively based on an analysis of Justice Mogoeng’s own writing and that with which he associated himself.  We had no other writing to consider, whether publications or speeches.  Instead of allowing proper consideration of the submissions, including ours, they were treated with contempt by many commissioners.

Our submission also made our interests in the process clear.  For example, we expressly noted that “SECTION27 recognises that the realisation of all rights depends upon ensuring access to an effective, functional and independent judicial system based on the rule of law and the supremacy of the Constitution”, and that “[c]entral to this vision of the judiciary is the appointment as judicial officers of appropriately qualified men and women who are fit and proper persons.”  The interests of Sonke, the Equality Project and TAC were also raised.

Yet despite our proven tracks records of fighting inequality and using the Constitution, the rights and values it entrenches and the Constitutional Court  to advance social justice, we were unfairly branded as the enemy.  It would seem as if members of the JSC and Justice Mogoeng would like to chill the prospects of future forthright submissions from civil society.  But this will not happen.  Indeed, this hearing has made us more alert to the need to monitor the JSC carefully.

We also point out that it is inevitable that where there is only one nominee, robust debate will arise.  Indeed, it was unfair to Justice Mogoeng for the JSC to put the spotlight on him alone by not allowing for further nominations or considering additional nominees of its own.

On the role of civil society

On his writing and judgments

On his religious beliefs

Consequently, he who rebels against the authority is rebelling against what God has instituted, and those who do so will bring judgment on themselves.

On his relationships with his colleagues

On his failure to give reasons in Dey

We made our written submission with the trust that JSC members would approach the interview properly and with open minds.  But as we observed the interview it became very clear that this would not happen.  Instead of putting our well-reasoned concerns and questions properly to the President’s nominee, in the manner in which they were raised, he was congratulated for his “dignified silence” – a matter which is extraneous to his objective suitability for Chief Justice.

Instead of probing Justice Mogoeng for full answers, several commissioners sought to protect him by invoking procedure and deflecting attention away from difficult questions.  Several commissioners behaved as if they were Justice Mogoeng’s defence counsel, not independent guardians of the Constitution and the independence of the judiciary.  It is important to point out that JSC members, even if appointed by the President or political parties, are supposed to be independent and impartial in their assessment of candidates for the judiciary.

Despite wide concerns set out in a large number of submissions from bodies representing professionals, civil society and the labour movement, a majority of the JSC clearly demonstrated an intent to push through the President’s nomination.  Some sought to limit substantive debate, including through reference to his 2009 interview for a position on the Constitutional Court which in their view had proved his suitability.

But instead of proving his fitness for office, the record of that interview shows that the JSC failed at the time to examine or consider properly his prior judicial record.  In addition, a number of commissioners sought to use the public platform of the live broadcast to advance their political agendas.  The intention was apparently not to assess fitness for purpose, but rather to smooth the way for Justice Mogoeng’s appointment.

It was obvious to all who witnessed the interview that the decision was a foregone conclusion.  We call on the JSC to make public its written reasons for its decision.

In the midst of the Life Esidimeni tragedy, in which almost 100 mental health care users died and others were harmed, causing unbearable distress to their families, the Department of Justice quietly published a draft Bill to amend the Criminal Procedure Act. 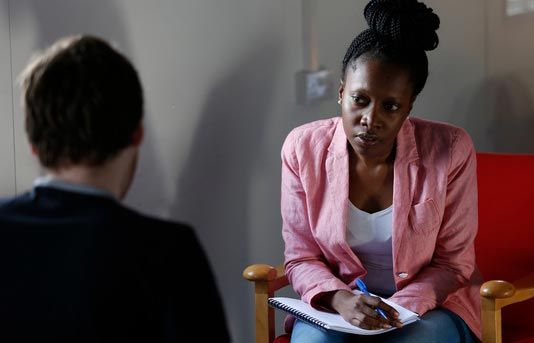 CIPRO initially refused to reserve the name, SECTION27, incorporating the AIDS Law Project, explaining as follows, “your proposed name connote government patronage. The wording employed to serve as a name, cannot be allowed and are calculated to cause damage, moreover misleading and damaging”. CIPRO also refused our request on the basis of a comparison with existing names on its database, however, they bore no resemblance to the requested name.

Civil society and its role in constitutional education was at the forefront of the first ever National Colloquium on Constitutional Awareness and Human Rights Education, held in Pretoria last week. Mluleki Marongo, a researcher at SECTION27 and speaker at the colloquium, outlined some of the issues he faces in his work…