On 28 August 2012, the Constitutional Court will hear the matter between Dudley Lee v Minister of Correctional Services, which holds serious consequences for human rights, public health and the fight against TB in South Africa.

TAC and partners will hold two pickets during the hearing, one at the Constitutional Court and another at Pollsmoor Prison.

There will be a media briefing at the Constitutional Court during the lunch break. The Court typically breaks for lunch at 1pm.

At the heart of the case are the rights to health and conditions of detention that are consistent with human dignity. The Supreme Court of Appeal’s (SCA) judgment in the case, which is now being appealed, renders it impossible for a prisoner to successfully claim civil damages against the Department of Correctional Services (DCS) for causing him or her to become infected with TB. If the SCA’s judgment stands, victims will be left without a remedy for violations of their rights, the Department of Correctional Services will be permitted to disregard its obligations with impunity and public health will continue to decline due to rampant TB transmission in prisons and beyond.

Dudley Lee and others like him are being infected with TB due to the failure of the DCS to implement, fund and monitor an effective TB prevention programme in South Africa’s prisons. We are calling for justice for Dudley Lee and others like him. We are also calling on the Court to make clear that the state is under a duty to have a proper TB programme in all prisons.

The Treatment Action Campaign, Wits Justice Project and the Centre for Applied Legal Studies, represented by SECTION27, have been admitted as amici curiae (friends of the court) in the case and will be holding a press briefing to outline the main issues.

Further information: There is a briefing note from SECTION27 attached below. The briefing note summarizes the legal issues in this case.

South Africa has one of the highest incidence rates of TB in the world. TB is the leading cause of death in South Africa and has been for many years. HIV co-infection and the increasing prevalence of drug resistant TB add to the urgency of addressing the TB epidemic. Doing so should be a top priority of the state.
Prisons are especially conducive to TB transmission and detained people are at especially high risk of contracting TB. It is not possible to address TB in the general population without addressing it in the incarcerated population. Still, the Department of Correctional Services has utterly failed in its duty to prevent the spread of TB in prisons. A recent decision of the Supreme Court of Appeal (SCA) would allow this to continue without consequences for the Department.

Dudley Lee entered Pollsmoor Prison as a healthy man in April 2000. In June 2003, he was diagnosed with TB. In September 2004—over four years after entering prison—Mr. Lee was acquitted of the charges against him and released. Mr. Lee then sued the Minister in the Western Cape High Court in Cape Town for negligently causing him to become infected with TB.
Prisoners and awaiting trial detainees are held in cells that are overcrowded, often over 200% occupancy, for up to 23 hours a day. They often go without access to health care. Because of this, prisoners and awaiting trial detainees are at an especially high risk of infection. A recent study of Pollsmoor Prison, the prison at which Dudley Lee was incarcerated, revealed that there is a 90% risk of TB transmission per annum at the prison. The study also revealed that implementing current national cell occupancy recommendations alone would reduce transmission probabilities by 30%.
In the High Court, the Minister was unable to show that prison authorities took “any steps whatsoever to guard against the spread of TB”.
Mr. Lee won his case in the High Court, but lost in the SCA when the Minister appealed. The SCA agreed with the High Court that the prison authorities had been negligent by failing to take reasonable measures to prevent the spread of TB. However, it held that Mr. Lee could not prove that the Minister caused his infection. It held that Mr. Lee must either identify the “source” of his infection or show that there would have been no risk of becoming infected if the prison authorities had not been negligent.
The SCA thereby asked Mr. Lee to prove, that which is impossible to prove. Due to the limits of current diagnosis technologies and methods, it is not scientifically possible to prove the source of a TB infection in the way the SCA required. Moreover, the SCA itself found that “ … whatever management strategies might be put into place, there will always be a risk of contagion”.
The SCA’s impossible standard creates the following results:
• Mr. Lee and many similarly situated people are left without the possibility of a remedy despite the violations of their rights;
• The prison authorities are permitted to violate the rights of prisoners and awaiting trial detainees and to neglect constitutional and statutory obligations with impunity; and
• Public health will continue to decline because of the failure to minimise TB transmission.
TAC, WJP and CALS have entered as amici curiae in the matter to urge the Court to fulfill the Constitutional obligation to develop law to “promote the spirit, purport and objects of the Bill of Rights.” by developing the law so that, in these circumstances, causation can be established through a showing that the Minister’s negligence created a material increase of the risk that Mr. Lee would be infected. Justice requires the law to be adapted in this way in order to give effect to the rights threatened by the risk of TB transmission in prison.

Dear Dr Zweli Mkhize and Mr Tito Mboweni, As civil society organisations, SECTION27 and the Institute for Economic Justice congratulate you on your appointment to the portfolios of Minister of Health and Finance respectively. We wish you courage and fortitude as you take on these critical portfolios at a difficult… 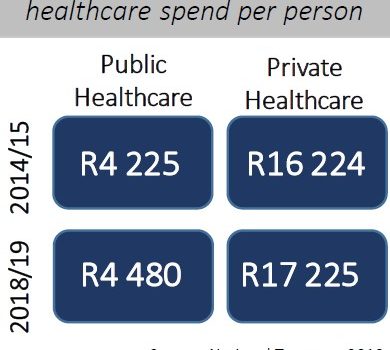