This judgment is a mixed bag.  While it potentially seeks to vindicate the rights of Limpopo learners to safe and adequate sanitation, the judgment is at the same time extremely disappointing in that fails to sufficiently acknowledge the pain, suffering and grief of the Komape family who waited for almost four years before the matter went to trial. This aspect of the judgment, not adequately compensating the family for the acknowledged failure of the defendants, is a missed opportunity to develop the common law in accordance with the Constitution.  SECTION27 intends to appeal this aspect of the judgment to the Supreme Court of Appeal.

In 2014, Michael who was five years old had just started school and had been in school for three days when he left his classroom to go to the toilet.  He fell into a full and dilapidated pit toilet and drowned.

The Komape family claimed delictual (civil wrong consisting of an intentional or negligent breach of duty of care) damages for emotional trauma suffered for the death of Michael.  They also claimed R 2m in constitutional damages as compensation for the loss of Michael as a direct result of the breach of the constitutional obligations of the defendant towards learners in the Limpopo province to provide safe and decent sanitation.  They further claimed medical expenses for the family related to counselling, funeral expenses for Michael and loss of earnings in respect of Michael’s mother who stopped working when Michael passed away.  The Komape family also sought a declarator that the defendants had failed in the constitutional obligations towards the learners in the Limpopo Province.

The judgment explicitly notes the failure of the defendants to perform their constitutional obligations towards learners in Limpopo and that such a failure, in particular resulted in the death of Michael.  The following passages in the judgment are noteworthy.

“It is common cause that the defendants failed to perform certain obligations towards learners from schools in rural Limpopo including Michael, in particular, which in his case resulted in his death.” (Para 55)

“It is disturbing to learn that funds allocated to the second defendant in annual budgets are not utilised for the purposed budgeted for.  It is clear that due to lack of political will no effort was made to better the situation at schools of which the second defendant was well aware.” (para 59)

“The systemic practice or policy, not to take active steps to equip schools in rural areas with safe and adequate toilets, and by allowing the lack of adequate sanitation to persist in those schools is viewed a breach of human dignity.” (para 61)

“The right to basic education includes the provision of safe toilets at public schools for learners of which compromised the best interests if children referred to in section 28(2) of the Constitution.  Provision of adequate toilet facilities at schools is not only [a] basic requirement for daily existence but it also provides a healthy environment where children spend their days.” (para 63)

Despite these strong statements that government had failed in its various constitutional obligations, and despite the defendants having conceded delictual liability, the judgment dismisses the delictual claim for damages for emotional trauma and the claim for constitutional damages.

Instead, the judgment makes supervisory order that requires there be an audit of the number of pit toilets in the Province and requires that a plan be developed for the replacement of pit toilets toilets with toilets that are ‘easily accessible, secure, safe and which provide privacy and which promote health and hygiene”.  The defendants are further ordered to report to the court on 30 July 2018 on progress in this regard.

While the supervisory order is to be welcomed as having the potential to vindicate the rights of Limpopo learners to safe and decent sanitation, the failure to grant compensation to the Komape family for the death of Michael that would not have occurred but for the failure of the Department to fulfil its constitutional obligations is extremely disappointing.

Following the death of five year old Lumka Mkhetwa in the Eastern Cape in March 2018, President Cyril Ramaphosa asked the National Department to deliver a plan for fixing sanitation nationally within three months of 16 March 2018. In the judgment, Judge Muller has asked for the plan to be delivered by 30 July 2018.

SECTION27 and the Treatment Action Campaign (TAC) welcome the release of the Green Paper on National Health Insurance (NHI) for public comment. As organisations committed to the realisation of the right of everyone to have access to health care services, as guaranteed in section 27 of the Constitution, we value the opportunity to participate in what appears to be a clearly defined and well-considered policy development and implementation process that is to be accompanied and underpinned by legislative reform. 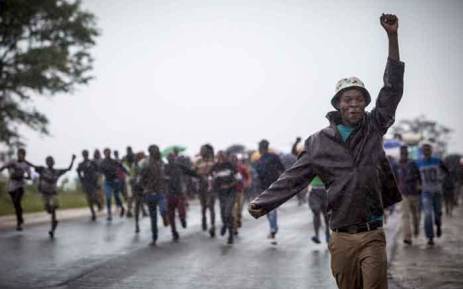 SECTION27 is concerned by the deafening silence in respect of basic education in President Zuma’s state of the nation address (SONA) on Thursday 11 February 2016.  Basic education constitutes the largest portion of planned government expenditure at 16.7 percent and yet schooling remains a crisis. South Africa has a declining… 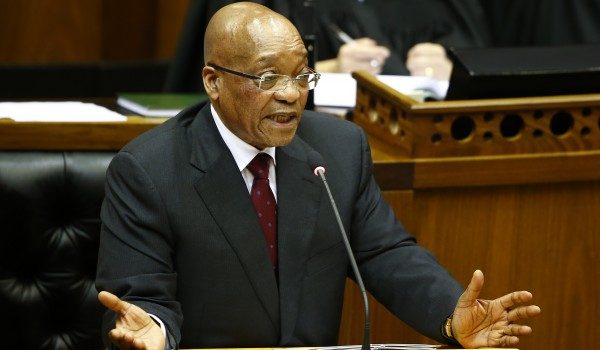