By admin, 30 May 2019 Posted in: Good governance and accountability, Media Statements

SECTION27 welcomes yesterday’s announcement of the new cabinet of South Africa by President Cyril Ramaphosa. This brings to close a period of uncertainty and speculation that has hampered the delivery of services to all who live and work in South Africa.

We are encouraged by the ongoing commitment shown by the President in the fight against state capture and corruption. The fight against corruption – and the weakening of the state that accompanies it – will remain a top priority for the duration of this administration.

We applaud the president’s commitment to advancing gender parity by appointing a cabinet that comprises 50 percent women. This commitment to gender equality must extend to urgent engagement on a range of women’s rights issues, including those demanded by the #TotalShutdown movement.

SECTION27 focuses on the right to basic education and the right to access health care services. Therefore we have a particular interest in appointments which will have a bearing on these rights.

We are encouraged by the appointment of Dr Zweli Mkhize as the Minister of Health. Dr Mkhize has extensive experience as a medical doctor, and having served as MEC for Health and Premier in KwaZulu-Natal. We look forward to engaging constructively with Dr Mkhize in addressing the ongoing crisis in our public healthcare system.

As a matter of urgency, Dr Mkhize should ensure that there is a sound strategy for Human Resources for Health and that healthcare infrastructure is acquired and maintained. Health has been identified as one of the most vulnerable sectors for corruption. The Minister must take the necessary steps to ensure that those who have engaged in corrupt activities in his department and in provincial departments of health are removed and that only appropriately qualified and committed persons are appointed.

We also urge Dr Mkhize to engage in honest consultations about the National Health Insurance (NHI) Bill with all relevant stakeholders. In its current form, we believe that the bill will not live up to the promise of bringing quality healthcare services to all who live and work in South Africa. We remain committed to the principles underpinning NHI and urge the Minister and the Office of the Presidency to re-open a consultative process that will ensure we get a well-designed, legally sound and implementable NHI as soon as possible.

We welcome the appointment of Ebrahim Patel as Minister of Trade and Industry. We urge Mr Patel to complete the process of patent law reform started by former Minister Rob Davies. In 2018 President Ramaphosa’s cabinet approved phase I of a promising new National Intellectual Property Policy for South Africa. In order for this policy to make a difference in people’s lives, Mr Patel must ensure that bill(s) reforming South Africa’s Patents Act are tabled in Parliament as soon as possible. At present, people in South Africa often pay much higher prices for medicines than people in comparable countries – largely due to our outdated and unusually unbalanced patent regime.

We also look forward to the conclusion of the Health Market Inquiry and the implementation of its final recommendations to ensure that the right to health care services is progressively realised and that addressing inequality in the health system is prioritised.

We welcome the appointment of Ronald Lamola as Minister of Justice and Correctional Services. Mr Lamola has demonstrated a willingness to stand up to those involved in state capture. We look forward to working with him to ensure that corruption in all its guises is rooted out and that our constitutional democracy is deepened. We are hopeful that the Minister will set the tone for meaningful compliance with court judgments and improve the efficiency of courts to ensure greater access to justice

While we commend the President for seeking to ensure continuity in the Department of Basic Education with Minister Angie Motshekga at the helm, we nevertheless enjoin the Minister to place the safety and quality education of our children as her foremost priority. This must be reflected in a rights-based approach to policy making and budgeting.

The Minister has in the past resisted the finalising of school infrastructure norms and had to be taken to court before she capitulated. She appealed the textbooks judgment that required that every learner be provided with a textbook, which appeal she lost.  She also sought leave to appeal the judgment that found sections of the infrastructure norms invalid.  This application for leave to appeal was dismissed by the Constitutional Court on the grounds that there were no prospects of success.

We remain disappointed at the manner and treatment of the Komape family by government in defending the case that was instituted for damages after Michael drowned in a pit toilet at school. We will no longer accept the slow progress in eradicating pit toilets and will press on to ensure that the department fulfils its obligations in relation to the norms and standards for schools infrastructure.  We hope that given government’s recommitment to good governance, a “new dawn” and “Thuma Mina”, will be reflected in a new stance by the Minister in her approach to basic education.

President Ramaphosa announced that he would be signing performance agreements with each of the Ministers. We call on the president to include meaningful engagement with civil society organisations and communities as one of the key performance criteria for this new cabinet in order to ensure that they address the needs of our people.

This article was first published on the Daily Maverick Op-Ed: A 5-point plan to fix the basic education crisis At the beginning of this year Section27 welcomed the characterisation of the system of basic education by the Minister of Basic Education as being in a state of crisis and of…

Johannesburg 6 March, 2019 - SECTION27 is disturbed by the allegations of corruption perpetrated by the Limpopo Education MEC Ishmael Kgetjepe and condemns such corruption in the strongest terms possible because of its impact on the continued violation of the rights of learners. A recent City Press report has revealed that… 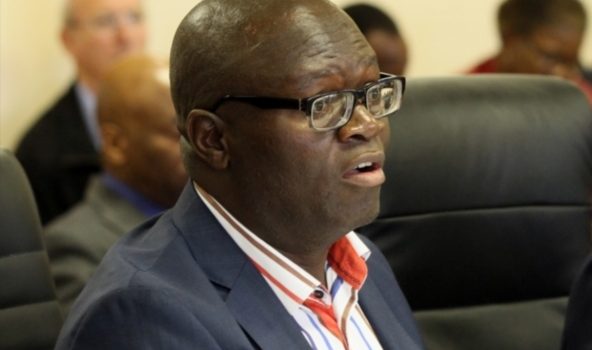 As Adv Currin said at the beginning of his evidence, we have an enormous debt to the two ordinary people who became whistle-blowers, had their whole lives turned upside down, who are still in exile because they cannot feel safe in our country from the mafia tentacles of the Zupta network.