The time is always right to do what is right. Human rights activist, Martin Luther King Jnr

SECTION27’s education team is at the Supreme Court of Appeal in Bloemfontein representing the Komape family in an appeal in the case of Komape vs Minister of Basic Education and others. In 2014, five-year old Michael Komape fell into a pit toilet at Mahlodumela Primary School in Limpopo and tragically drowned in excrement. At the Polokwane High Court, on 23 April 2018, Judge J Muller dismissed the family’s claims; the first was a delictual claim for damages for emotional trauma, the second was a claim for grief suffered or alternatively, constitutional damages, and the third related to future medical expenses for the family, which was partially granted. SECTION27 is appealing all the dismissed damages claims as well as the court’s refusal to grant a declaratory order.

Sasha Stevenson will be facilitating a discussion between Dr Ntuthuko Bhengu, a Panel Member of the Competition Commission Health Market Inquiry and Commissioner of the National Planning Commission for 2015-2020, and Craig Comrie, the CEO of Profmed. The discussion will cover the state of health care in South Africa, NHI, health care funding and the development of human resources for health and will form part of the Leaderex Conference at Sandton Convention Centre

SECTION27’s Executive Director Umunyana Rugege and Education Attorney Sam Brener will attend the second annual Rethinking Economics for Africa (REFA) Festival. Sam will present on right to education, resource allocation and budgetary constraints in law. The REFA festival brings together academics, students, activists, policymakers, researchers and members of the public into a conversation. It aims to explore the present and future of economic thinking, teaching and public debate in Africa, and South Africa in particular. The goal is to change economics so that it address society’s many challenges, and contribute towards building of a more just and equal society. https://www.pils.org.za/event/2019-refa-festival/

Researchers Thuthukile Mbatha and Tendai Mafuma will facilitate a HIV/AIDS and TB treatment literacy and sexual and reproductive health rights workshop for 40 community health workers in Gauteng. Luckyboy Mkhondwane from the Treatment Action Campaign will lead the treatment literacy workshop.

Spotlight on NHI: In search of common ground

Since the introduction of the National Health Insurance (NHI) Bill in parliament two weeks ago an enormous amount has been written. Tamar Kahn’s article in Business Day provided probably the most balanced and realistic assessment so far. In the Daily Maverick, Ferial Haffajee highlighted the very real risk of corruption and Mark Heywood’s interview with Health Minister Dr Zweli Mkhize did not do much to allay those fears.

Spotlight on NHI: Era of NHI similar to early 1990s

The intensity of current public discourse on race privilege and entitlement – demonstrated in part by the strong showing of populist political formations such as the EFF on the left and the Freedom Front Plus on the right – is not surprising. The lack of temerity from the governing party in implementing reforms against a narrative of state failure has deepened the social divisions, and broader social cohesion is in tatters. Much of the response to the recent release of the long-awaited National Health Insurance (NHI) Bill is symptomatic of this lack of social cohesion.

The Limpopo health department, which has a track record of dodgy aeromedical contracts, has awarded a lucrative three-year tender to a joint venture including Buthelezi EMS (BEMS), a private emergency medical services company which is under investigation by the Special Investigating Unit, the Hawks and National Treasury.

A hidden killer of people living with HIV

In the time before HIV treatment, a cryptococcal meningitis diagnosis was a death sentence for AIDS patients. Today, with access to antiretrovirals and anti-fungal medicine, more patients are surviving – but not enough. It is still the second leading killer of people with HIV. A local screening programme is trying to plug the gap and catch the infection before it becomes deadly. But the gold-standard treatment, with the potential to save many more lives, is not registered in South Africa – or any African country. 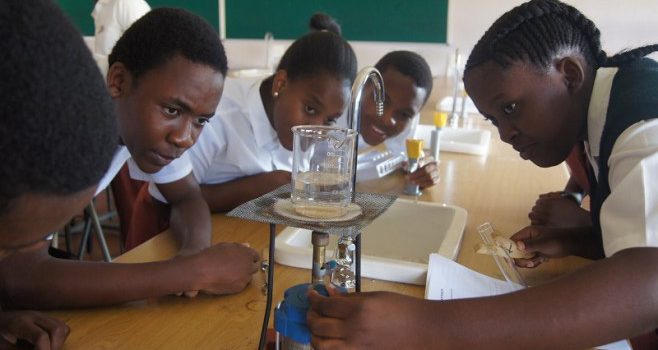 “I don’t feel pessimistic or defeated by today’s self-serving political governance, or the crass disregard of ethics by big business. Because I have lived through so much history, I know that we can recover from this malady of self-interest, greed, and short-sightedness. We humans are a resilient and determined race.…

Today SECTION27 releases the second video of a learner giving an account of the deplorable sanitation conditions in Lamdzanvho Secondary School in the Sekhukhune district, Limpopo as part of our sanitation campaign.