COMMENT: SECTION27 WELCOMES THE LAUNCH OF THE INTEGRATED SCHOOL HEALTH PROGRAMME
16 October 2012
SECTION27 welcomes the Integrated School Health Programme (ISHP), which was launched on 11 October 2012 and congratulates the Minister of Health as the ISHP has been identified as one of the components on NHI. An effective ISHP is also a vital intervention to prevent illness in children and improve educational outcomes.

We believe that providing children with access to health services at school is an essential part of both the right of children to basic health services (section 28 of the Constitution) and the right to a basic education (section 29). Close collaboration between the National and Provincial Departments of Health, Basic Education and Social Development is vital.

This programme is necessary particularly because of the high burden of diseases, including TB and HIV, school girl pregnancy, many children living in child-headed households and poor health disadvantages in the learning environment. The provision of health services at school as envisaged in the ISHP will facilitate optimal achievement by learners, enabling them to work towards their full potential.

1. The management of HIV and TB in schools
SECTION27 notes the controversy around some of the planned interventions, particularly HIV counselling and testing and condom distribution. However SECTION27 believes these interventions are necessary from both the perspectives of public health and human rights. For example, in terms of the Children’s Act, children of 12 years and over can consent to an HIV test without the knowledge or consent of their parents.

In addition, the offer of HIV counselling and testing is in line with the National Strategic Plan (NSP) on HIV, TB and STIs which promotes universal knowledge of HIV status which envisages annual HIV tests for all people 12 years and older. This is key in the prevention of new HIV infections, as well as ensuring appropriate interventions and services where appropriate. However, as we have said before, such a programme must be implemented in a way that promotes and protects the human rights of children and with the involvement of School Governing Bodies, teachers and learners.

Further, the fact that some children are sexually-active is borne out by high rates of teenage pregnancy. There is also a high rate of HIV infection, particularly in adolescent girls. It is therefore essential that condoms are freely accessible to sexually-active learners. Indeed, it is a right that young people should have access to preventative health services, including reproductive health care. But it is also necessary that the availability of condoms be linked to proper reproductive health and sexuality programmes at school.
2. The poor state of sanitation in many schools
We welcome the plan to carry out environmental assessments in all schools and the report that eight out of nine Provinces have developed implementation plans for ISHP.

We call for these plans to be made public and for urgency in carrying out the environmental assessments as well as openness about their findings. The assessment must be accompanied by plans to make school environments safe and hygienic. For example, it seems that a significant number of schools in rural areas do not have adequate facilities for sanitation and many lack access to clean water.

We believe that the roll-out of the IHSP must be linked to plans to urgently establish this infrastructure to create healthy school environments and that the Departments of Basic Education, Health and Public Works must collaborate and work closely to achieve this.

Tags: In the newsLatest News 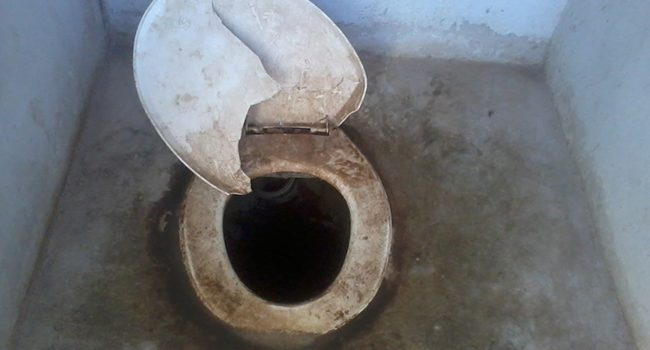