SECTION27 is concerned by the deafening silence in respect of basic education in President Zuma’s state of the nation address (SONA) on Thursday 11 February 2016.  Basic education constitutes the largest portion of planned government expenditure at 16.7 percent and yet schooling remains a crisis.

South Africa has a declining matric pass rate and performs the worst of all middle-income countries in cross-national assessments. Civil society has repeatedly had to return to court, to demand improved education provisioning, in respect of the most basic requirements necessary for learning and teaching to occur.  Learners across the country have refused to attend schools in protest of unsafe infrastructure and insufficient learning materials since the beginning of the school year.

Organisations have turned to the courts for infrastructure, teacher provisioning, furniture and textbooks.  Last year, SECTION27 and Basic Education For All (BEFA) were forced to go to the Supreme Court of Appeal (SCA) to defend the High Court judgment that held that every learner is entitled to a textbook in every subject at the commencement of the academic year, which government appealed and lost.

In a speech delivered during a three-day education lekgotla in January 2016, which was attended by education MECs and department heads, Minister of Education, Angie Motshekga acknowledged that basic education is characterised by “pockets of disasters” and is a “national catastrophe”. SECTION27 applauds Minister Motshekga’s stance as it is a significant marker in a long and arduous road towards fixing the schooling system.

Despite the Minister’s acknowledgement, we are yet to see concrete plans about how her department will deal with this national crisis. In the SCA judgment on the Limpopo Textbooks Case, Navsa J said “It cannot be emphasised enough that basic education should be seen as the primary driver of transformation” and so the lack of political will demonstrated by the President’s speech is of serious concern.

President Zuma appeared to focus on addressing the low levels of South Africa’s economic growth, but any serious plan to address this issue is flawed without a plan to simultaneously improve educational outcomes in our country.

According to the National Development Plan, “improved education, for example, will lead to higher employment and earnings, while more rapid economic growth will broaden opportunities for all and generate the resources required to improve education.”

Education is an “immediately realisable” right and the government must do everything possible to ensure it is realised “diligently and without delay” in terms of the Constitution.

SECTION27 and TAC welcome the announcement by Minister Ebrahim Patel that the Competition Commission will launch a market inquiry into the private healthcare sector in September 2013.

SECTION27 and the Treatment Action Campaign (TAC) welcome the results of the Pre-exposure Prophylaxis Initiative (iPrEX) trial. Published yesterday in the New England Journal of Medicine (NEJM), the study is the first to establish that pre-exposure prophylaxis (PrEP) – taking antiretroviral (ARV) medicines before sex – reduces the risk of HIV infection. It follows closely on the heels of the CAPRISA 004 trial, which demonstrated that the use of tenofovir 1% gel reduced the risk of HIV infection amongst women at increased risk.

The iPrEx trial enrolled 2499 men who have sex with men (MSM) at 11 sites across the world (including Cape Town). Half of the trial participants were randomly assigned to take a daily dose of two ARV medicines – tenofovir disproxil fumarate (TDF) and emtricitabine (FTC) – combined into a single pill. The other half, also randomly assigned, received a daily placebo. All received a comprehensive package of HIV prevention services, including regular HIV testing, risk-reduction counselling, condoms, and the treatment of symptomatic sexually transmitted infections.

Corporal punishment is illegal in South Africa since its ban in 1996. However, despite the unlawfulness and unconstitutionality of corporal punishment, incidents involving the physical abuse of learners by educators at schools in South Africa remain prevalent. SECTION27's continued work in advancing the right to education reveals that such conduct… 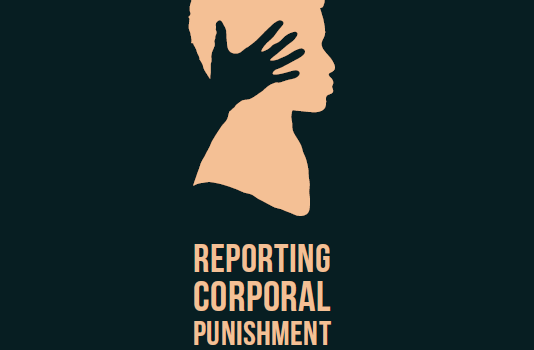