Johannesburg, 18 October 2015 – The appeal in the Limpopo textbooks case will be heard by the Supreme Court of Appeal in Bloemfontein on Tuesday 24 November 2015.

The Department of Basic Education is appealing the High Court’s order handed down in April last year (2014) which confirmed that the textbook shortages were a breach of learners’ rights and ordered the Department to complete delivery within two months.

The appeal comes at an important time for learners in South Africa. While the State in the appeal argues that it cannot be responsible for ensuring that each learner has a textbook for each subject, reports have surfaced that the Eastern Cape Department of Education has, because of debt owed to publishers and inadequate budgeting practices, only budgeted for about a quarter of the money required to provide textbooks for the 2016 school year.

The 2014 textbooks case was brought before the High Court, Gauteng Division, Pretoria by Basic Education for All (“BEFA”), a community based organisation made up of parents, school governing bodies, learners, educators and other community members in Limpopo. BEFA was formed by community members in Giyani in response to the textbooks crisis in 2012 and has been amongst others monitoring delivery of textbooks in Limpopo since its establishment in 2012.

By the time the 2014 BEFA case was brought, SECTION27 had taken the Department to court on three separate occasions and secured three separate orders requiring complete delivery of textbooks to schools in Limpopo. SECTION27 now represents BEFA in its case regarding the 2014 shortages.

The High Court in April 2014 agreed with BEFA that the textbooks shortages were a breach of learners’ rights and ordered the Department to complete delivery within two months. This was the fourth court order in three years to be granted against the Department requiring them to deliver all outstanding textbooks to schools in Limpopo.

The Court declared that each learner at a public school in Limpopo has the right to be provided with every textbook for the learner’s grade before teaching of the curriculum is due to start. It described the failure to do so as a breach of learners’ rights to basic education, equality and dignity.

The Department in its appeal argues that the order requires a standard of perfection to which the Department cannot be held considering, amongst other things, the funds available to it.

The Department is also appealing the order by the High Court that requires it to disclose the funds it requested from National Treasury for procurement of textbooks in Limpopo for 2015.

BEFA argues that the Department had an obligation to adequately budget for CAPS textbooks when the new CAPS policy was developed. The right to education is also different from other socioeconomic rights in the Constitution in that it should be realized immediately and not over time within the state’s available resources.

BEFA continues to monitor textbooks shortages and engage with teachers and learners that are experiencing shortages. BEFA has been hosting workshops throughout the province to create an awareness within communities about the Constitution and the right to education. There will be a gathering of all BEFA members in Giyani on 21 November 2015 leading up to appeal hearing. Further details of this gathering will be released at a later stage.

You can keep up to date with BEFA’s activities via their Facebook page.

Johannesburg, 18th May — In a letter to President Cyril Ramaphosa published today, the Fix the Patent Laws (FTPL) coalition outlined major concerns about South Africa’s ability to access future treatments or vaccines for COVID-19. They point out that the country’s outdated patent laws ensure that when effective treatments become available,… 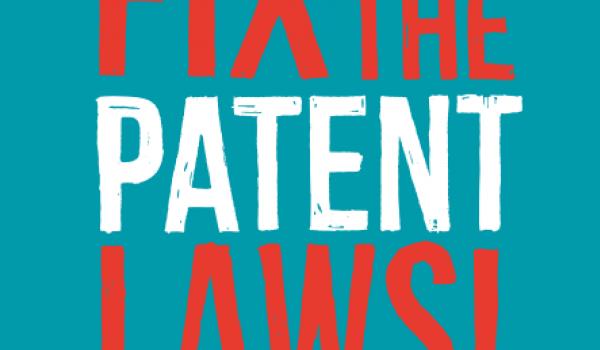 SECTION27 notes with great regret and outrage the death of a Grade R learner who fell into a pit toilet in Mahlodumela Primary School in Chebeng Village, Limpopo on Monday 20 January 2014. We extend our condolences to his family and community. This death was avoidable and highlights the unsafe…