Minister Gordhan has this year made a stated commitment to a transformational budget based on sound constitutional and economic principles to ‘overcome the inequalities in society’.   In particular Minister Gordhan explicitly acknowledged government’s socio-economic obligations in terms of the Constitution by noting:

“This is also why our Constitution requires that all who live in our country should have access to housing, medical care, social security, water and education, There should be a progressive realisation of access to tertiary education and other elements in a comprehensive set of social entitlements. Wealth and economic opportunities must be equitably shared. “

Minister Gordhan further noted a central priority for government is education, and, particularly the quality of basic literacy and numeracy achieved in the first phase of schooling. He therefore acknowledged the necessity for increased funding for proven interventions.

This year, R77,5 billion is allocated to this post- school education and training.  This is projected to be the largest growing growing category of spending apart from debt repayment.   This we understand is intended will partly cover the 0% increase for student from households earning a combined family income of less than R600 000.

Basic education remains the largest allocation in South Africa’s budget which is nearly 17.5% of overall expenditure.  The national budget for basic education has increased from R204 billion last year to over R240 billion this year.  This is out of a total expenditure of 1,5 trillion rand.  Basic education spending is thus projected to grow at 7.3% which slightly above the projected rate of inflation of around 6%.

Minister Gordhan further noted an increase in school infrastructure spending of at least 12,5% and an increase in LTSM support material of 9,5% over the next three years.

A budget that is informed by our constitutional obligations, particularly in respect of addressing socio-economic inequalities is to be welcomed.   Economists suggest that in this year’s budget about R1-trillion out of R1-5-trillion total expenditure, is used for the realisation of social rights, such as, education, healthcare, social security, housing and water and sanitation services. It is further acknowledged that such allocations have occurred within the context of poor economic growth and by government seeking to increase taxes on the wealthy.

For us to truly address the problems in education, particularly basic education, however, more will be needed.

Firstly, we need to ensure that allocations are paralleled with addressing administrative dysfunctionalities that continue to beleaguer the education system or else these monies will continue to be wasted, or worst, as has been occurring, being squandered by corruption. For example, there is the continued absence of a national policy that aims to establish proper systems for LTSM procurement and delivery to address the systemic problems of procurement and non-delivery that occur every year.   This is despite several investigative processes recommending such a policy following the 2012 textbook crisis.

Moreover, such allocation must occur according to an adequacy-based determination of what is required to improve educational outcomes in historically disadvantaged school.  While Minister Gordhan has acknowledged the importance of increased funding for proven interventions, it is not clear that allocations have occurred based on an actual costing of the inputs and interventions required at historically disadvantaged schools.  For example, no-fee schools in Limpopo continue function at suboptimal levels with insufficient funding to purchase daily necessities such as chalk or paper for a printing machine or to be able to afford to pay for amenities such as electricity and water.  Another example is that despite the identification of poor teacher content knowledge being a huge concern especially at disadvantaged schools, it is unclear what targeted interventions have been established and funded to address this major obstacle to improved educational outcomes.

SECTION27 Senior Researcher and Legal Counsel Faranaaz Veriava recently sat down with Patrick Bracher on his Radio Today show to discuss the Basic Education Rights Handbook. You can listen to the discussion here 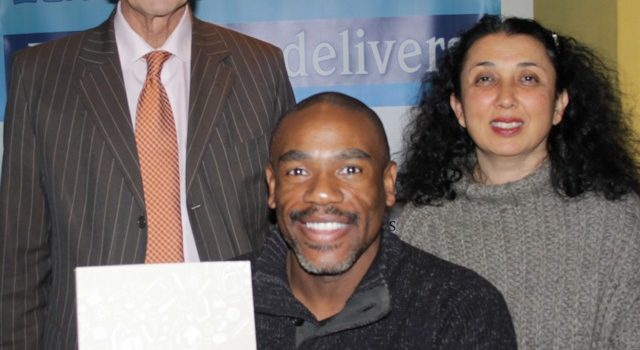