Annual U21 Health Sciences Meeting at the University of Johannesburg, 21 September 2017

“The role of civil society in mental health”

South African civil society has a long and distinguished history in advocating for, working towards and supporting the realization of the right of access to health care services.

The Treatment Action Campaign, a partner organization of SECTION27, is the best example. The TAC started its fight for access to treatment for people living with HIV by challenging the pharmaceutical industry to decrease the price of medicine. When it was successful and the prices fell and treatment was still not provided, it set its sights on the AIDS-denialist president and Minister of Health. TAC mobilized, it garnered support from around the world, it educated people on what ARVs were, how they worked and how to take them. It was joined by brave health professionals who stood up when it was difficult to do so. It litigated and it won.

Today South Africa has the biggest ARV programme in the world with almost 4 million people on treatment. The door for this programme was opened through that early work of the TAC and made possible through the appointment of a new Minister of Health but the strength of the programme is also due to the persistence of TAC activists, health professionals and others who continue to insist that the ARV programme must work for those who need it. That medicine stock outs are not mere logistical challenges but can be fatal for people on treatment. That treatment adherence must be monitored and viral loads tested along with CD4 counts.

The ARV programme would be a shadow of itself without civil society activists.

I have been asked to speak today about mental health. Another issue surrounded by stigma.  Another issue affecting people who sometimes cannot speak for themselves (and frequently aren’t listened to when they do).

You may have heard about the tragedy of the 120 deaths of mental health care users moved out of Life Esidimeni. About the bad decision-making, worse implementation, appalling conditions at NGOs, about the suffering and the deaths. What you may not have heard about is the role that various components of civil society played in trying to avert the crisis; and once that crisis was becoming clear, in averting further suffering and deaths, ensuring accountability for those responsible, redress for those affected and an improvement to the mental health care system.

Professional associations, networks of NGOs, families of mental health users, a mental health support and advocacy group and a legal organization have been working tirelessly together over two years on this matter and we will continue to do so until justice is done and the mental health system works.

That is the story that I want to tell today. It’s not always a happy one. And it’s certainly not an easy one to tell. But it is important to reflect on the successes and the failures in this case and to encourage continued and enhanced civil society engagement in mental health.

The story starts in March 2015, when the South African Society of Psychiatrists gets wind of a plan to terminate the contract between the Gauteng Department of Health and Life Esidimeni. This contract had been in place for 35 years and saw Life Esidimeni caring for over 2000 chronic mental health care users in four facilities across this province. These were patients in the care of the State, whose families could not afford private care and many of whom had been through the mental health system, from acute hospitals, sometimes through NGOs and to Life Esidimeni where they received long-term care.

The psychiatrists’ society represents over 90% of the psychiatrists in the country. It is the main professional association in the field. And it raises its concern with the Department. It tells the Department that community-based care has not been developed to a point that it could take on these new patients. That many of the patients need more specialized care than NGOs could provide. That rushed deinstitutionalization is likely to throw mental health care users into the vicious cycle of homelessness and crime, as has happened all over the world.

The Department ignores the main professional association of psychiatrists in meeting after meeting; letter after letter.

In October 2015, the Department announces the termination of the contract and the plan to discharge all patients by March the following year.

The South African Depression and Anxiety Group (SADAG), an advocacy and support organisation and the South African Federation for Mental Health, a network of mental health NGOs and advocacy organization, immediately galvanise into action. They receive calls from concerned families. They request meetings with the Department; they ask for plans; and they consult my organization, SECTION27, a public interest law organization with a focus on health and education.

In the months that follow, SADAG, the Federation, the psychiatrists and the families continue to engage with the Department and continue to get nothing. The Department has no plan; they have no budget; all they have are bland statements that patients will not be thrown out to the streets. No one is reassured.

SADAG, the Federation, the psychiatrists and the families then request the appointment of curators to protect the interests of the patients. The Department refuses.

Having been left with no other option, SADAG, the Federation, the psychiatrists and the families, represented by SECTION27, make an urgent application to court to interdict the discharge of patients until the development of a plan and a budget, following consultation with affected people. The Department and the parties enter into a settlement agreement to this effect on the eve of the hearing, a few days before Christmas in 2015.

In January 2016, this motley team of activists is back in meetings with the Department. SADAG, the Federation, the psychiatrists, the families and SECTION27 continue to request details, plans and budgets. The Department continues to obfuscate.

In March 2016, a casual comment at a meeting with the Department necessitates further litigation. Someone mentioned the discharge, the following week, of 54 adult patients to Takalani NGO, a facility for children.

In litigation before the court on the day before the planned discharge, the Department made statements and promises that would turn out to be false. The litigation was unsuccessful.

The unsuccessful litigation and the Department’s unwillingness to continue to engage with SADAG, the Federation, the psychiatrists and the families put a halt to the meetings. The Department goes ahead with the discharges of hundreds of patients.

They move people to NGOs without telling their families. The NGOs are new, they have no idea how to care for these patients, they are receiving tiny subsidies that pale in comparison to what they would need to provide services. Patients are not being fed or provided with medication.

Families are contacting SADAG constantly. Asking where their loved one was. Worried about weight loss, sickness and relapse. SADAG calls each NGO to ask whether a particular patient had been moved there. They make these calls hundreds of times. They try to provide information and comfort where the Department provides none. They contact the Department about problems. They speak to the press. The Department continues to ignore the problem, hoping that it would go away. These are mental health patients after all. Who cares?

Soon people start dying. As many had warned they would. We tell the Department; we tell the police; we tell the Mental Health Review Board. No one does anything. We tell the Minister of Health and the Health Ombudsman and an investigation is launched.

SADAG, the Federation, the psychiatrists, SECTION27 and the families are interviewed by and give evidence to the Health Ombudsman. He investigates and finds that over 94 people have died, a number that represents about 80% of the deaths we now know about. But that number goes around the world. It’s more deaths than Marikana. This is a massacre.

SADAG, the Federation, the psychiatrists, the families and SECTION27 have made sure that the issue does not leave the news. A committee of family members has given up months of their lives to work with the Department to move survivors out of the dangerous NGOs, to set up licensing guidelines, to reconstitute the Mental Health Review Board. We have provided reams of evidence to the finally-interested police and Special Investigations Unit. We have worked with the Human Rights Commission to encourage it to conduct an investigation into the mental health system across the country. SECTION27 is representing 50 bereaved families in an arbitration to secure redress for those families and an opportunity to grieve and get closure.

There is still a very long way to go. But civil society, in all of its forms, will continue to be vital to the functioning of a health system and a mental health system. It takes health professionals stepping out of their ordinary roles to recognize that their obligations to patients go beyond treatment and require a kind of advocacy that may sometimes feel uncomfortable. It takes health professionals, activists, patients, families, lawyers and others working together to keep a check on the systems that may save or may end lives.

The Life Esidimeni tragedy has shown how important and difficult it is for us to play this role and the ongoing need for an active civil society to improve mental health services.

No Reconciliation with Corruption! Nelson Mandela Bridge at 10am – Noon Wednesday 16th December Monday 14 December, 2015, Johannesburg: The Unite Against Corruption (UAC) campaign confirms that the peoples’ gathering on Nelson Mandela Bridge is going ahead. We call upon all those affected by corruption to support the demand that #ZumaMustFall, whether by his…

Funding for socio-economic rights slashed in the 2020 Budget SECTION27 is concerned that the Minister of Finance has cut spending in the crucial areas of education and health in order to bail out state-owned enterprises and reduce public borrowing. He announced that “education infrastructure allocations are adjusted by R5.2 billion… 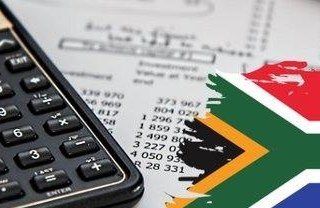