The Life Esidimeni Arbitration proceedings will end today. There will be a break, while key witnesses are called to testify in the arbitration. The process is set to start again on the 6th of November.

SECTION27 launches the #Justice4Michael campaign, the campaign will support our upcoming litigation in the matter of Rosina Komape vs Minister of Basic Education. The matter involves the death of Michael Komape who fell into a pit toilet, and died after it collapsed. The matter will be heard at the Polokwane High court, from November 13. For more information follow our social media platforms as the campaign develops.

Limpopo field researcher Solanga Milambo will visit Tsogang Primary school and Bolotswi Secondary School in the Mopani District for the Norms and Standards Infrastructure case. Solanga will conduct workshops for the school governing bodies, as well as inform the schools about the upcoming case of Rosina Komape vs Minister of Basic Education.

Researcher and AIDS Vaccine Advocacy Coalition (AVAC) fellow, Thuthukile Mbatha will be attending an Imbizo on 31 October and 1 November 2017. The Imbizo hosted by the Vaccine Advocacy Resource Group, an independent, advocate- led, global team of AIDS prevention research advocates, that play a critical liaison role in the highly complex field of HIV Vaccine research, in partnership with the South African Medical Research Council (SAMRC). The Imbizo intends to provide a space to learn, share and engage on vaccine research in general and research ethics focusing on the care that should be provided to participants in a clinical trial.

Limpopo field researcher Solanga Milambo is attending a South African National Aids Council (SANAC) meeting. During this meeting the delegates will discuss the development of a civil society advocacy plan for National Health Insurance (NHI). Minister of Health Dr Aaron Motsoaledi will be making a presentation on NHI.

Limpopo Field researcher Solly Milambo is attending the Basic Education for All (BEFA), Executive committee meeting. In this meeting delegates will discuss advocacy plans in the run up to the #Justice4Michael Campaign.

KwaZulu-Natal field researcher Patrick Mdletshe is attending the Treatment Action Campaign march in Polokwane. TAC will be marching to the offices of the department of health to hand over a memorandum of grievances, concerning the poor access and provisions of health services in the province. This march follows the widely reported shortage of HIV testing kits in the province.

From the 2nd to the 3rd of November, following on from the Imbizo, Researcher Thuthukile Mbatha will be attending a Standard of Care Summit hosted by the SAMRC, in collaboration with its partners in medical research, with the aim of broadening the debate on research ethics focusing on the care that should be provided to the control group in a clinical trial. The meeting will be held in Cape Town.

Section27 in the news:

Mark Heywood:   Let me ask you, are you working for South Africa

Dear Friends, we are at the end of January and many of us are wondering where the first year of the month went! January has been a busy month at SECTION27 and February will be no different.

“To serve is beautiful, but only if it is done with joy and a whole heart and a free mind.” - Pearl S. Buck   Monday 26 – Wednesday 28 August Researcher, Thuthukile will be attending a meeting on SADC SRHR strategy monitoring and evaluation tools organised by African Population… 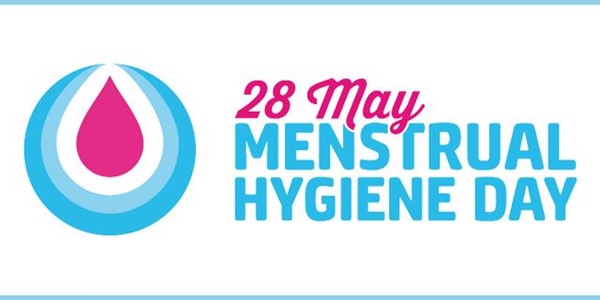