By Nontsikelelo Mpulo, 13 July 2021 Posted in: About SECTION27, Media Statements

SECTION27 is deeply saddened by widespread and growing civil unrest

Johannesburg, 13 July 2021: SECTION27 is a public interest organisation established to promote the rule of law and to address poverty and inequality through the promotion and protection of the rights to health and basic education in our Constitution.  We are therefore, deeply saddened by the widespread and growing civil unrest, looting and violence across our country that is being felt most acutely by the residents of KZN and Gauteng who are living in fear.

SECTION27 is steadfast in its commitment to the rule of law and stands by the judiciary and the brave stance adopted by the Constitutional Court in the judgment of the Secretary of the Judicial Commission of Inquiry into Allegations of State Capture and Fraud in the Public Sector Including Organs of State v JG Zuma and Others.  We further condemn attacks on our judges and our institutions of democracy.

SECTION27 notes the immediate measures that our government has taken to address the unrest and looting as stated in President Cyril Ramaphosa’s address on Monday 12 July 2021 such as the deployment of the SANDF to assist SAPS and the recall of all SAPS officials that are currently on leave.  While these measures may assist in the short term to secure the safety of all people living in South Africa, we urge government to avoid the excessive force that occurred during the hard lockdown and to ensure that there is accountability and transparency in all operations to secure peace and security.    SECTION27 notes however that these measures do not address the root causes of the unrest.

SECTION27 therefore further calls on government to commit to long terms solutions to heal our ailing nation.  While the unrest that has enveloped our nation was precipitated by the incitement of those that seek to erode the rule of law, this unrest has been inevitable within the context of the extreme levels of poverty and inequality that is evident everywhere and which has been exacerbated by the impact of COVID-19 pandemic.

The latest NIDS-CRAM survey reveals that approximately 10-million people and 3-million children are in households affected by hunger in May or April. Women, this nationally representative data shows, were significantly more likely to ‘shield’ children from hunger and may be worst hit by food insecurity. Many households are experiencing “perpetual” hunger, with researchers showing that 1.8 million households, and 400,000 children have experienced hunger for more than a year.  The researchers note that with the suspension of the top-up grants and the COVID Social Relief Grant provided in 2020 to alleviate the impact of the lockdown, “are reasons why levels of hunger are likely to remain stubbornly high or perhaps even to increase, and stricter lockdown regulations may again further reduce employment and income from informal economic activities.”

The first quarter 2021 Stats SA figures further reveal the depth of South Africa’s unemployment crisis. In terms of its official definition, the unemployment rate is 32.6%, whereas the more realistic expanded definition (including those no longer actively looking for a job) indicates an unemployment rate of 43.2% (more than 11 million people), with youth unemployment recorded at a staggering 74.7%.  Despite alarmingly high unemployment rates among young people, many learners are forced to drop out of school to help support themselves and their families, with the latest NIDS-CRAM survey stating that the school dropout rate has tripled from 230,000 pre-pandemic to approximately 750,000 in May 2021.  This is a generational catastrophe and will significantly contribute to poverty and inequality.

The failure to effectively address the impact of apartheid and the more than a decade of state capture and looting are closely intertwined and have brought us to this moment where so many are hungry, homeless, angry and frustrated.  Our country is at a boiling point because of the socio-economic conditions that prevail.

SECTION27 therefore calls on government to recommit to addressing poverty and inequality including through the following measures:

In this Self-Reflection report I will briefly discuss my overall experience as an intern at SECTION27. In my opinion, SECTION27 has one of the best work atmosphere for those who want to do their first internship. The atmosphere is relaxed, yet still manages to maintain a serious and diligent environment… 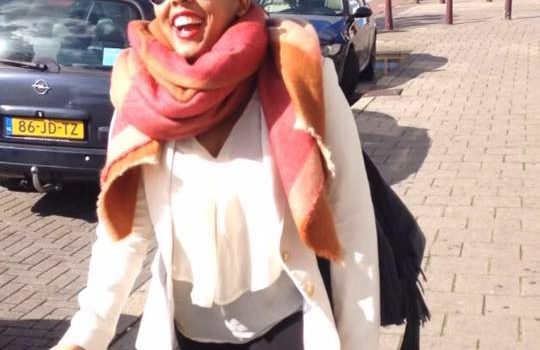 ATTORNEY Closing Date: 9 July 2021 SECTION27 is a non-profit organisation that uses public interest law and advocacy to protect, promote and advance human rights and social justice. If you are passionate about human rights, self-motivated and would like to be part of a dynamic team working to challenge inequality…