Johannesburg – A broad initiative of Civic organisations, faith based-organisations, social movements and activists, born on the steps of the Constitutional Court on 6 April 2016 united us to host the People’s Consultative Assembly for Democracy on Saturday 16 April in Soweto.

South Africans from diverse backgrounds have united under one banner for equality and social justice to call for President Zuma to step down. The People’s Assembly was founded by ordinary people and people’s movements and organisations to rise up, raise their voices and defend our democracy.

We call on all the concerned and affected people living in South Africa to join the dialogue for national actions on27 April 2016.  ‘’Freedom Day April 27 is around the corner. We call on everyone to make this a day of action. This year we must use Freedom Day to reclaim a freedom that has been stolen by Zuma and his cronies’’ said Duma Gqubule, spokesperson of the People’s Consultative Assembly.

“We call on all South Africans to join the initiative to discuss the problems affecting the country but also to prepare for country wide actions on 27 April. We must use this day to reclaim our hard fought freedom’’ concluded Ferrial Adam from People’s Consultative Assembly

The details for Saturday are as follows:

This is a call to action, this is a call for South Africa to rise and defend our democracy and freedom. Ke Nako! Now is the time for people to act.

Issued by the coalition for People’s Consultative Assembly

LIFE ESIDIMENI INQUEST TO RESUME UNTIL THE END OF THE COURT TERM 30 August 2021 – The Inquest into the Life Esidimeni tragedy resumes at the High Court of South Africa (Gauteng Division) today, Monday 30 August 2021. The proceedings will continue virtually before Judge Mmonoa Teffo. Proceedings are expected…

Johannesburg, 5 March 2019: The Gauteng Department of Health issued Circular Letter 5 of 2019, dated 20 February 2019 (“Circular”) in which it sought to limit access to health care services by people who are not South African through a requirement that they pay for all services. The Circular makes… 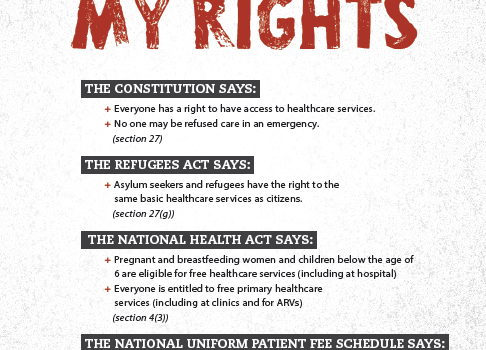