An important study which found that South Africans are paying exorbitantly high prices for private hospital care, will not be considered as part of the Health Market Inquiry’s investigation after the research bodies declined to reveal the underlying information used to reach its findings, due to confidentiality obligations.

The Panel, chaired by Justice Sandile Ngcobo, says in its statement “the HMI cannot place any significant weight or evidential value on Paper 85 in arriving at its provisional and final findings“. The HMI requested the OECD/WHO to provide the underlying data and information relied upon to produce the paper. However, the OECD/WHO declined to do so on the basis that the data was the subject of confidentiality agreements that it is party to.

“Private healthcare is too expensive for 90% of South Africans”

The study was roundly criticised by the South African hospital groups and funders such as Discovery Health, particularly on the grounds of what were described as technical and methodological flaws. Discovery, Mediclinic and Netcare made further written submissions to the HMI, criticising the study and its conclusions.

On 27 June 2016, the OECD/WHO responded to the criticisms levied against Paper 85. It stood firmly by the technical and methodological soundness of its study and stated that there were “no substantive issues related to the data and analysis that alter the main findings and conclusions of the WHO/OECD report”.

On 30 August 2016, the HMI convened a further session in which stakeholders could ventilate their concerns with the contents of Paper 85 and for the OECD/WHO to respond.

The HMI has approached this inquiry with the transparency and openness that is essential to this type of truth-seeking process. It has done so in particular by publishing all the inputs made into the inquiry; allowing for supplementary submissions to be made; protecting confidentiality of certain information, consistent with the Competition Act and its administrative guidelines; held public hearings in which all stakeholders, including government officials, civil society and individuals were given an opportunity to speak and were robustly engaged by the Panel; and by publishing preliminary reports for public comment.

By participating in the process, stakeholders are equally expected to engage in an open and transparent manner. It is unfortunate that the OECD/WHO chose not to provide the underlying data under the confidentiality provisions in the Administrative Guidelines of the HMI, particularly given the special attention given to its report by the stakeholders, the public and the HMI. It is likely that the inquiry will be poorer for it.

The affordability of health services, including private hospitals, is an issue of great public interest and concern and many are looking to the HMI to clarify this issue and address it, to the extent possible through this process. It is critical that the HMI has all the information necessary to come to accurate conclusions and to make evidence-based recommendations for any reforms in the sector.

“Build a good name. Keep your name clean. Don’t make compromises, don’t worry about making a bunch of money or being successful — be concerned with doing good work and make the right choices and protect your work. And if you build a good name, eventually, that name will be its own currency.” – William S. Burroughs”

Bakkie with Bed Bakkies transport patients to the hospital because ambulances don't arrive It’s an uphill drive to Butterworth Hospital, a bustling, rambling, noisy, chaotic town on the N2 between Mthatha and East London. Coming from East London you turn left and head up a hill past dilapidated houses and… 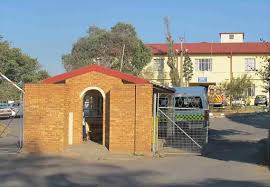