‘We’ve got work to do, we can cry about it, or we can dance about it”

This week, Eastern Cape Community Mobiliser Fikile Boyce is attending various meetings as an Eastern Cape Health Crisis Action Coalition (ECHCAC) representative. ECHCAC seeks to draw together various health stakeholders within the province to try and address the ailing health system. In this week, Fikile will have meetings with the Treatment Action Campaign (TAC), the South African Human Rights Commission (SAHRC) as well as Networking HIV and AIDS Community of South Africa. (NACOSA)

Attorney Sasha Stevenson is attending a press conference, held by former Deputy Chief Justice Moseneke, the arbitrator in the Life Esidimeni arbitration. Justice Moseneke will discuss details of the arbitration, which is being held following the Health Ombud’s recommendation that an alternative dispute resolution process be entered into to determine mechanisms of redress and compensation. SECTION27 is representing 47 of the bereaved families in the arbitration. The press conference will be held at Emoyeni at 11am

This week, Limpopo community mobiliser Solanga Milambo will be in and around the Capricorn district with Basic Education For All (BEFA) to do research into the norms and standards for school funds. BEFA is looking to identify 10 to 15 schools within the district to conduct research. The team will also be collecting information around sanitation, textbooks and infrastructure.

SECTION27’S finance team, Rachel Milanzi, Elinor Kern, and Kuda Chimone as well as the NSP Co- ordinator  Vovo Gonyela are attending the Sex Rights Africa Network Programme Orientation, from 13 to 15 September in Durban. It will be hosted by the Aids Foundation of South Africa. The  Treatment Action Campaign (TAC)  and SECTION27 will be attending. This is an orientation programme for partners receiving funding from the Swedish International Development Cooperation Agency (Sida).

Advocate Daniel Berger SC and the SECTION27 legal team –  Nikki Stein and Sheniece Linderboom will be in the Durban High court, for the matter of EM v South African National Blood Service. SECTION27 is representing EM in his claim for damages. EM Contracted  the Human T-Lymphotropic Virus (HTLV-1) after receiving a blood transfusion.

“There are opportunities even in the most difficult moments.” ― Wangari Maathai #WorldAfricaDay2020  Wangari Maathai was a renowned Kenyan environmentalist and political activist.   On 23 April, President Ramaphosa announced the easing of lockdown regulations beginning 1 May 2020. Until that time, SECTION27 staff will continue to work remotely. Our advice… 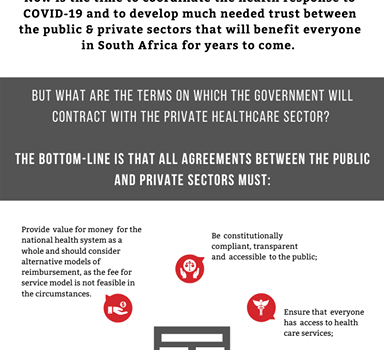 SECTION27’s Deputy Director, Umunyana Rugege, is at the Budget Justice Coalition retreat in Franschhoek until Wednesday, 27 June. Civil society organisations intend to develop a collective strategy to guide the use of budget 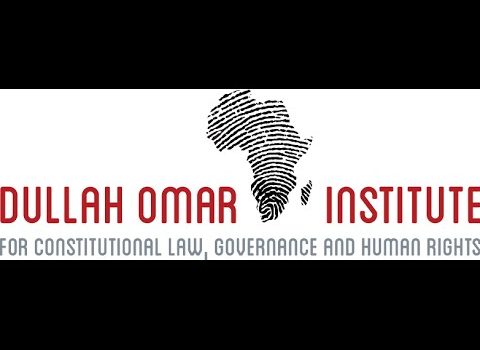