“I don’t feel pessimistic or defeated by today’s self-serving political governance, or the crass disregard of ethics by big business. Because I have lived through so much history, I know that we can recover from this malady of self-interest, greed, and short-sightedness. We humans are a resilient and determined race. We have the capacity to do such wondrous things when we apply our intellectual, financial, and spiritual resources to good rather than evil.” – Harry Leslie Smith.

SECTION27’s Finance, Audit and Risk Committee (FARC) met, for its first quarterly meeting for 2019. This is a constituted as a sub-committee of the Board of directors of SECTION27. The FARC was set up to assist the Board in fulfilling its oversight responsibilities of the financial reporting process, the audit process, the risk management process, the remuneration process and the process for monitoring compliance with laws and regulations.

Field Researcher Sifiso Nkala will be in KwaZulu Natal to provide Sexual and Reproductive Health Rights, Sexual Violence and National Health Act training with a view to  assisting ward-based AIDS councils to be better able to respond to HIV, TB and Health systems challenges.  This training, which is done in conjunction with the TAC, starts at Ndwedwe municipality on 25 February 2019, before moving to kwaDukuza on the  26th – 27th of February.

SECTION27 Executive Director, Umunyana Rugege, and Attorney Samantha Brener  have been invited by the European Union Delegation to South Africa to participate in a consultation session for the formulation of a new programme on Enhancing Accountability. The proposed programme of €12 million will provide support to civil society organisations to enhance accountability, strengthen constitutional democracy and enable an active citizenry in South Africa.

Head of Communications Nontsikelelo Mpulo will be attending the first meeting of the civil society working group on state capture. The meeting aims to consolidate input from various organisations working on corruption with a view to making submissions to the Zondo Commission.

Budget Analyst Daniel McLaren will presenting a submission on behalf of the Budget Justice Coalition to the Joint public hearings of the Finance Committee’s in Parliament on the 2019 budget.

Patrick Mdletshe, Thuthukile Mbata and Tendai Mafuma will attend a summit organised for and by community health workers (CHWs).  Over 200 CHWs from the nine provinces in South Africa will meet in Bloemfontein for a National Community Health Worker Summit where they will  celebrate the successes of their advocacy work, discuss the challenges they still face in their struggle for permanent employment, recognition and improved working conditions, and to develop a strategy.. Representatives from national and provincial Departments of Health, Department of Social Development, unions representing CHWs and NGOs employing CHWs have been invited.

SECTION27’s Board will meet for its first quarterly meeting since October 2018.

Daniel McLaren will be in Kimberly running a ‘know your budget’ training for civil society organisations based in the Northern Cape province.

Mark Heywood will be speaking to a group of medical professionals from 13h30 until 15h30 at Chris Baragwanath Hospital in Soweto.

SECTION27 staff were in Cape Town for the 2019 Budget Speech as part of the Budget Justice Coalition. You can read some of the articles written before and after the speech here:

Daniel McLaren, “#Budget2019: Will it Lead to More Doctors Being Sued for Negligence?” in Bhekisisa, https://bhekisisa.org/article/2019-02-21-2019-budget-south-africa-health-funding-declines-national-health-insurance

On Monday, Nolwazi Mkhwanazi and Victoria Hume visited our offices to speak to SECTION27 staff about the Well Sexuality project (https://wellsexuality.com/), work in which young people from Johannesburg spoke to their peers 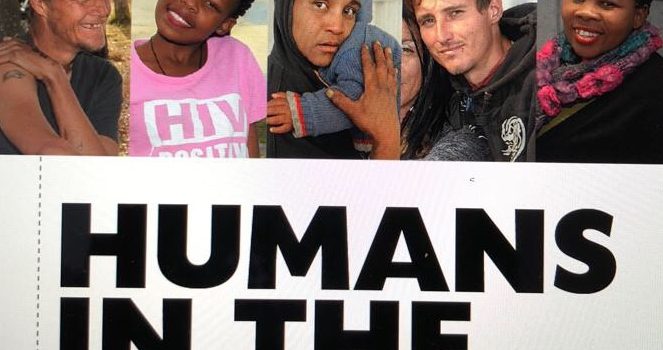 Week Ahead  16 – 20 March 2020 This national emergency demands co-operation, collaboration and common action. More than that, it requires solidarity, understanding and compassion.  [President Cyril Ramaphosa, 15 March 2020, in his address to the nation regarding emergency measures put in place to tackle COVID-19]   In the light…