NHI is a health financing mechanism the South African government aims to implement. The NHI bills says there will be a single purchaser of health services and this purchaser will buy these services based on a defined package of services. This is intended to bring down prices, increase quality and improve access for everyone.

Who will be eligible for NHI?

The Bill says that South Africans, permanent residents, and refugees will be able to access the full package of services offered under NHI. Those who will have limited access under the current bill are asylum seekers and undocumented migrants. The bill says this group of people will only be able to get pre-hospital emergency medical treatment and services for notifiable conditions of public health concern i.e. Ebola and TB.

Does South Africa need an NHI?

South Africa has an inequitable health system with big problems in both the public and the private sector. While NHI is not the only way to achieve Universal Health Coverage, it is the way that the South African government has chosen to pursue this goal. We think that for it to work, we need to get a few key issues right.

The first issue relates to governance. The governance structure of the NHI Fund is too centralised in the Minister of Health and this needs to change to make sure it is accountable and transparent.

The governance structures at local level also need to be strengthened so that health users are able to contribute to making the system work better.

The second thing we need to get right is population coverage. We cannot call our system a universal health coverage system while excluding asylum seekers and undocumented people from any health care other than ambulance services and services for notifiable conditions like Ebola and cholera.

Finally, we need to work out how the various structures created in the Bill relate to and work together.

How will NHI affect the everyday person?

Eighty five percent of the people in South Africa access healthcare in the public sector and 15% in the private sector. NHI aims to expand access for everyone and will do so by creating a fund to buy services for everyone. But it does not include everyone asylum seekers and undocumented migrants will only have access to emergency medical services.

NHI will pay for particular services but we don’t know what those services will be. The benefits advisory committee – yet to be constituted – will develop these. In the current bill there is no mechanism for people to make inputs in that process of development.

The bill outlines strict referral pathways. It says that people must visit the general practitioner with whom they are registered before they can access more specialised care. This is the current practice in both the public and private sectors but is not strictly adhered to in the private sector. In the Bill I patients deviate from that pathway they will have to pay for services accessed directly out of their own pockets.

How will NHI affect the private sector?

It is difficult to know how the NHI will affect the private sector. The theory is that the Fund will purchase services from any accredited public or private health service provider. So it could be good for business in places where there is not enough demand in the private sector, but of course the price at which services are paid for is set by the Fund. In relation to medical aids, the Bill says that once NHI is fully implemented, they will only be able to cover services and people who are not covered by the Fund. So that would be a significant reduction in the services they can cover. The Minister is the one who will decide when the NHI is “fully implemented” so while the Bill says this should be 2026, this is not set in stone.

Who will run the fund?

Why is it important for people to understand the NHI Bill?

The NHI Bill has significant implications for the ways that healthcare services are accessed in this country. It is important for people to know who will be covered and what will not be covered. What services they will be able to get under NHI and what they will have to pay for themselves and what top up cover they will need to arrange through their medical schemes.

What are the major changes that will impact people and how will it differ from the health system offered today?

The NHI promises a defined benefits package but we don’t know what this will include yet.

The main change will be that everyone will have access to the same package of care whether they visit public or private facility.

How can people participate in the NHI process?

Parliament has announced that it will engage in a public participation process. Dates for the Mpumalanga and Free State have been announced. Parliament will certainly announce the remaining dates. It is important to note that the Bill is open for comment and anyone wishing to make a submission must do so via email to vmajalamba@parliament.gov.za before 29 November 2019

When will the introduction of the NHI take place?

It is envisaged that the NHI will be fully implemented by 2026. The Bill proposes interim transitional arrangements which include establishing the fund, implementing the National Quality Improvement plan and accreditation of facilities by March 2021. By May 2020, the Fund will have been set up and can then begin asking Treasury for funds, like all other government departments. During the year 2020 to March 2021, the Fund should be contracting private and public facilities. From March 2021, the Fund should be able to begin spending money. The Bill outlines funding options like moving funds from all conditional grants including the HIV Conditional Grant into the control of the funds and the provincial equitable share – which is the money allocated to provincial health departments from treasury into the control of the fund. These will be in place by 2022 according to the bill. This is especially worrying at funds for the fight against HIV will be affected by the shift and there is no clarity in the bill about how this is going to be managed.

NHI is a funding system that envisages big changes to how the health system will work and there are likely to be many challenges in its implementation. We don’t have much information about how implementation will happen at this stage though, so it’s difficult to tell what the ripple effects will be.

And what do the findings of the pilot project tell us?

The findings of the piloting show us that to pilot interventions you need to plan them properly and to test alternatives with indicators you can evaluate. The piloting showed that there were problems with the substance of what was done and also with the process and we should learn from both in testing out interventions in the implementation of NHI.

Should South Africans be worried or it’s something we should be pleased about?

The government aims to provide universal healthcare for all the people in South Africa and that is commendable. The way it envisages this through the NHI Bill threatens to entrench the deep inequalities that exist in our current public health system. The government needs to fix the delivery of quality healthcare in the public sector and regulating the private sector more effectively before it implements such a far-reaching financing mechanism such as the NHI.

ON WORLD AIDS DAY, SECTION27 AND THE TREATMENT ACTION CAMPAIGN TO PRESENT ON NATIONAL HEALTH INSURANCE BILL BEFORE PARLIAMENT 30 November 2021, Johannesburg -- SECTION27 and the Treatment Action Campaign (TAC) will present our concerns with the National Health Insurance (NHI) Bill to the Portfolio Committee on Health in Parliament…

26th August 2019 | For Spotlight by Marcus Low Since the introduction of the National Health Insurance (NHI) Bill in parliament two weeks ago an enormous amount has been written. Tamar Kahn’s article in Business Day provided probably the most balanced and realistic assessment so far. In the Daily Maverick, Ferial Haffajee highlighted the… 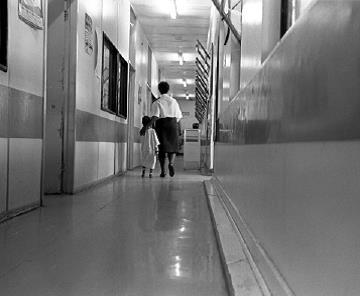