We at SECTION27 would like to draw your attention to a few more horrific incidents of injury and death of young learners because of unsafe school sanitation.

In 2016, a five-year-old boy, Oratilwe Dilwane, was a pupil at Tlhotlheletsang Primary School in the North West province. While playing with his friends, he fell into a pit toilet at the school.

He now has hydrocephalus, endures epileptic seizures and experiences learning difficulties. A shunt had to be inserted in his head to ease the pressure on his brain.

Oratilwe will need surgery every year to replace the shunt as he grows and when the shunt becomes blocked.

He is still too traumatised to use a toilet, even at his home. His life will never be the same.

In 2007, Siyamthanda Mtunu, a six-year-old boy who attended Dalasile Primary School in the Eastern Cape was using the toilet at his school when the walls of the cubicle collapsed on him.

He died while being rushed to a hospital.

In 2013, Lister Magongwa, a seven-year-old boy who attended Mmushi Primary School in the Limpopo province was using the toilet at his school, when, again, the walls of the cubicle collapsed on him.

Lister also died while in an ambulance on his way to the hospital.

We would not be surprised if there are more incidents such as these that we have not yet heard about.

As you are aware, in March 2018, while the department of basic education (DBE) was in the Bhisho High Court in the Eastern Cape, defending its failure to prescribe constitutionally compliant norms and standards for school infrastructure (the “norms”), a five-year-old girl, Lumka Mketwa, who attended Luna Primary School, was using the pit toilet at her school when she fell into it and died.

As you are aware too, in 2014, five-year-old Michael Komape who attended Mahlodumela Primary School in Limpopo, went to relieve himself at school when he fell into a dilapidated pit toilet and drowned in human excrement.

Following the death of Lumka in March this year, you issued a directive requiring that:

. The DBE conduct an audit of all learning facilities with unsafe structures, especially unsafe sanitation facilities, within a month;

. The minister of basic education provide you with a plan to rectify these challenges, as an emergency interim measure, while rolling out proper infrastructure; and

. This emergency plan be produced within three months of the directive.

This directive was issued despite the pre-existing norms, which, if properly implemented, would have ensured that pit toilets would have been eradicated by the end of 2016.

Such implementation of existing law may have prevented Lumka’s death and would also have obviated the necessity for yet another plan.

Pursuant to your directive, the Sanitation Appropriate for Education Initiative (Safe Initiative) was launched last month.

You have described the initiative as a campaign to “provide safe sanitation facilities for all learners and, in the process, help to restore their dignity”.

We at SECTION27 are concerned that this initiative is not sufficient to prevent further deaths or injuries of the thousands of young learners all over South Africa who have no choice but to use unsafe, unhygienic and undignified toilets at their schools.

We have worked with the poorest schools across South Africa to improve the quality of education and we have monitored school sanitation in Limpopo since 2012.

Therefore, while we were not invited to comment on the Safe Initiative, we would nevertheless like to make a few comments and ask some questions in respect of the initiative.

. We understand that a sanitation audit by the provinces was submitted to the DBE pursuant to your directive.

We understand too that this process required verification with schools. Many of the schools we work with in Limpopo were not visited by department officials as part of this verification process.

There are also major discrepancies between the audit and other data sets. For example, the audit results presented at the launch note the total number of schools audited as being only 10 661 of which 6 938 have pit toilets on the premises.

This contradicts the latest data in the National Education Infrastructure Management System, published by the DBE in January 2018, which states that there are 23 471 public schools, of which 8 702 have pit toilets on the school premises.

On March 22, the minister of basic education stated that there were 8 679 schools with pit toilets.

On April 17, the department stated in Parliament that there were 5 779 schools with pit toilets.

On May 30, the department told the national council of provinces that there were 7 174.

Under these circumstances, President Ramaphosa, we are concerned that the audit does not reflect an accurate assessment of school sanitation needs in South Africa.

President Ramaphosa, we require a more precise definition of what “not fit for purpose” means.

Do schools with collapsing brick and mortar cubicles qualify within this category? Will the initiative assist those schools where toilets are not pit toilets, but are nevertheless full or blocked or are so dysfunctional that learners stay at home when menstruating, or relieve themselves in the open fields?

. We note that a costing exercise was done based on the audit and an amount of approximately R7 billion is required nationally to fix sanitation.

While we question the accuracy of the audit, we understand that the initiative is to be funded through provincial infrastructure programmes and the Accelerated Schools Infrastructure Delivery Initiative (Asidi), which focuses on schools that have no sanitation, as well as funds raised from the private sector.

In this time of fiscal austerity, budgetary cuts and declining funds per learner, we question whether sufficient money is available in the provincial programmes for the Safe Initiative. What happens if it proves not to be possible to raise the balance from the private sector?

. We understand that the plan under the Safe Initiative is that the first set of projects are to be completed within the current financial year.

Given the notorious backlogs associated with school infrastructure upgrades, including within Asidi, are we confident that this deadline can be met and how can we ensure accountability to it?

Moreover, are there urgent interim measures in the plan to prevent further tragedies in the meantime?

. The Safe Initiative does not address the role of the provinces in the roll-out of the plan. Furthermore, pursuant to the court order in Komape and others v Minister of Basic Education and others (April 23 2018), the department is required to provide a detailed report of the programme for the installation of sanitation across Limpopo.

The report was finalised at the end of August 2018, after the release of the Safe Initiative, yet does not contain a single mention of the initiative.

In short, it is our view that the Safe Initiative fails to provide a carefully coordinated road map based on accurate information with concrete, measurable, time-bound and budgeted-for steps for alleviating the sanitation crisis at our schools.

Such a clear road map is the constitutional and legal obligation of our government.

President Ramaphosa, how many more children must die or suffer before concrete and urgent action is taken?

Let us make safe and decent school sanitation a national priority. Unless more is done, the Safe Initiative rings hollow and, at worst, would distract from the fulfilment of government’s true obligation to realise the right to basic education in South Africa.

SECTION27 Executive Director Umunyana Rugege makes a case for corporate South Africa to make an investment in social justice. SECTION27 is launching the next phase of our corporate challenge. Join progressive companies like Anglo Gold Ashanti, Cliff Dekker Hoffmeyer, Discovery, Massmart, MTN and Telkom among others that have already invested our work and help us restore dignity, hope and justice to our people. 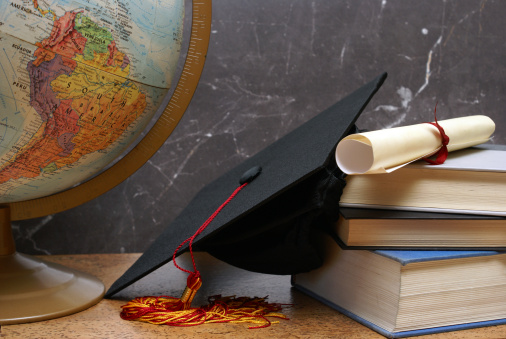 JOHANNESBURG, 15th AUGUST 2017 – SECTION27 and the Treatment Action Campaign (TAC) have made a joint submission opposing the draft amendments to the Choice on Termination of Pregnancy Act 92 of 1996 (TOP Act) as proposed by the African Christian Democratic Party. We reject this amendment in the strongest terms.